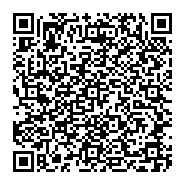 The disrupted sleep is an important problem in population in the last years, the lifestyle and increased work pressure, and psychosocial stress, the long term of insufficient sleep may be led to various diseases including psychiatric disorders [1-6]. The sleep disturbance has been found to be associated with symptoms of the disease, some investigations proposed that the relationship between mood disorders and sleep is more complex [7,8] .

Serotonin is one of the neurotransmitter in the central nervous system contributed to a wide range of behavioural, pathological and physiological processes [9], the role of serotonin in the wakefulness-sleep cycle isn’t fully understood, however, its contributed in an emotional reaction, the inactivation of serotonin associated with diseases as well as depression, anxiety and schizophrenia disorders, etc. that characterized by sleep disorder [10,11] . The linked among depression, sleep and serotonin level was suggested in the present study in different duration of depression disordered disease.

The Present study included depression patients that attended to a psychiatric clinic, and diagnosed as a major depression disorders by psychiatric physician, patients have age ranged (20-60 year) and BMI (16- 32 Kg/m2). Control group included healthy individuals have age ranged (22-60 year) and BMI (18-32 Kg/m2) were enrolled in the present study, data and blood samples were collected with written consents from all contributors in the study. The data consists of age, BMI, sleep, disease duration.

Three categories of sleep were depended in present study 1 hour, 1-6 hour and more than 6 hours, there were significant differences among sleep categories distribution (X2=13.368, p=0.0012) (Figure 1). Figure 1. The distribution of study groups according to sleep categories.
Note: (

Figure 2 means differences of serotonin level in study groups according to sleep categories (non-significant differences within the patients groups and control groups). Figure 2. Means differences of serotonin level in study groups according to sleep categories (non-significant differences within the patients groups and control groups).
Note: ( Figure 3. The serotonin level and sleep of the depressed patients according to duration of diseases (non-significant differences in serotonin and sleep).
Note: (

The serotonin level and sleep of the depressed patients is according to duration of diseases (non-significant differences in serotonin and sleep) (Figure 3). Sleep is a critical aspect of the pathophysiology and treatment of depression, the sleep disturbance was observed in the current study in significant decrement in patients, the disrupted of sleep times and architecture have been proved in patients with different mood disorders like depression and bipolar [12-14], others pointed that there was disturbance in quantity and quality of sleep and it has been found to be associated with neuropsychiatric disorders like schizophrenia and manic psychosis in addition to major depression that it much more typical and more pronounced [15].

In patients serotonin level was decreased with increased sleep time in current study while in control the serotonin increased with sleep time, studies refer to the role of serotonin in the emotion response but its role in wakefulness-sleep cycle didn’t completely understand [10,11], a study conducted by Elmenhorst et al., found evidence of increased levels of serotonin 2A receptor (5-HT2AR) availability in the human brain after one night of sleep deprivation, the present study found that depression patients with short sleep time have high serotonin level, this deal with Bjorvatn et al., who found by eliminating sleep, there may be a net increase in serotonergic neurotransmission during the sleep deprivation period [16,17]. Nevertheless, some investigations proposed that the serotonin production during waking may start a cascade of genomic events in some hypnogogic neurons sited in the periotic area. Thus, when serotonin is released during waking, it leads to a homeostatic regulation of slow-wave sleep [18]. Belong to duration period sleep was lower and serotonin increased when the depression period more than 10 years and decreased in the period 5-10 years, as mentioned above the relation of serotonin with the sleep still under investigations, other factors may involve in this relation like lifestyle, depression medication strategies, genome expression and some gene variations which may be affected [19,20], the relation of serotonin and depression has been studied, but the relation to depression period still under research, however present findings need more investigations to understand the relation sleep with serotonin in Iraqi patients with depression disorders. Present study concluded that serotonin affected by sleep in depression and didn’t effect by duration of disease, sleep decreased with duration increment.

The Present study concluded that serotonin may have affected in sleep in depression but didn’t affect by duration of disease, the results show non-significant serotonin level (P=0.566) and sleep show a significant decrement in patients than control (p=0.000), significant differences among sleep categories distribution (p=0.0012). Sleep period decrease with duration increment in depression disorder patients, there were other factors should be studied like lifestyle, nutrition, medications and some genes polymorphisms.