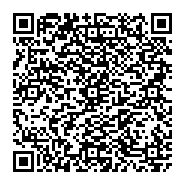 Introduction: Thalassemia is a chronic disease that puts high level of stress on parents of affected adolescents. Increasing self-efficacy and the use of coping mechanisms play an important role in parental resilience and adjustment. Therefore, this study was conducted to investigate the relationship between resilience and self-efficacy of parents of thalassemic adolescents.

Methods: This descriptive and correlational study was conducted on 171 parents of adolescents with thalassemia in Golestan province in 2018. Sampling was done by convenience method. Data were collected using Connor-Davidson Resilience Questionnaire and Dumaka Parenting Self Agency Measure-PSAM. The collated data were analyzed by SPSS-21 software using descriptive statistics (frequency, percentage, mean and standard deviation) and statistical tests (linear regression, one-way ANOVA, independent t-test) at the significance level of 0.05.

Conclusion: According to the results of this study, nurses need to play an important role in increasing the quality of nursing care and strengthening coping strategies by understanding the psychological needs of parents, and promoting their coping mechanisms and self-efficacy.

Thalassemia is the most common hereditary chronic disease in the world [1]. This disease has affected 60 countries in the world. The prevalence of this disease is higher in the Middle Eastern and Mediterranean countries [2,3]. Iran is one of the most important countries with a high prevalence of beta thalassemia major [4]. In Iran, there are about 3 million thalassemia carriers and about 25 thousand patients with thalassemia [5]. At present, Iran is on the world’s thalassemia belt with more than 3 million patients suffering from beta-thalassemia minor and 25,000 with thalassemia major, which is a severe form of beta-thalassemia [6]. While 85% of patients with thalassemia major in Iran are under the age of 18 [7], more than half of these patients die in childhood, which imposes a great economic burden on countries [8]. Today, with the help of existing treatments and the use of new drugs to improve iron overload control and timely treatment, this disease has become a chronic disease and life expectancy of these patients has increased [9]. However, repeated and long-term use of drugs has affected other aspects of lives of these patients, and has significantly affected the general health, mental health and quality of life of these patients and their families [10]. Chronic nature of thalassemia is such that it causes significant limitations in the lives of patients and their families, especially mothers of children with thalassemia [5,8]. The greatest stress is on parents, especially mothers [11]. Thalassemia is the most common cause of care and psychological problems for mothers of thalassemic children [12,13]. Depression and stress are also common problems of parents of children with thalassemia that cause a high level of psychological pressure on them [14]. One of the important concepts related to the stress of caregivers of thalassemic patients is the concept of resilience [4]. Resilience refers to balance and one of the coping strategies against stress and negative emotions, and also plays an important role in reducing stress in mothers of children with thalassemia [1,15]. Self-efficacy also plays an important role in resilience and coping with challenges and stresses of life [16]. People with high self-efficacy are better able to cope with problems [17], because self-efficacy is one’s confidence in the ability to successfully perform specific tasks or behaviors related to health in different situations that affect the behavior and quality of performance. It also determines how long a person can remain in difficult situations and continues to be effective [1]. The caregivers with high self-efficacy have a great focus on their caring behaviors. These self-care behaviors play an important role in reducing caregivers’ stress [18]. Thus, self-efficacy as one of the strongest structures of behavioral change has an important role in disease self-management and promotion of health-related behaviors [19]. Accordingly, it can be said that self-efficacy plays an important role in changing the cognitive behaviors of parents of hospitalized children [20]. Studies show that self-efficacy leads to endurance against hardships and adversities caused by disease [18]. Therefore, according to the studies done on this subject and personal clinical experiences, the researcher decided to conduct the present study to examine the relationship between resilience and self-efficacy of mothers of thalassemic adolescents.

This descriptive and correlational study was conducted on 171 mothers of children with beta thalassemia in Golestan province in 2018. Inclusion criteria were; being mothers of children with beta-thalassemic children who have medical and welfare records, having confirmed diagnosis of beta- thalassemia for at least one year (for children), having no other chronic physical or mental illnesses (for children), and being literate (for mothers). Exclusion criteria for mothers included not willing to continue with the study. The environment of this study was the thalassemia centers of Golestan province (Kordkoy, Bandar-e-Gaz, Gorgan, Bandar-e-Turkmen, Azadshahr, Minoo Dasht and Gonbad). The samples of this study were calculated to be 171 people by G* POWER software using the study of Mashaeikhi with a correlation coefficient of 0.22 and test power of 80% at a significance level of 0.05. Three questionnaires were used to collected data in this study. Demographic information form was used to collected information on age and sex of children, as well as age, sex, education and occupation of parents. Parenting Self Agency Measure-PSAM (PSAM) tool was also used in this study. This questionnaire has 10 questions based on the 7-option Likert scale ranging from 1 to 7 [21]. In this questionnaire, each person can get a score of between 10 and 70, with higher score indicating high self-efficacy of mothers, so that the score of between 10 and 20 reflects low parenting self-efficacy, score of between 20 and 40 shows moderate parenting self-efficacy and score of above 40 indicates high parenting self- efficacy [1]. The reliability of this questionnaire was confirmed in Motahari Niya study with Cronbach's alpha coefficient of 80% [20]. Connor- Davidson Resilience Scale (CD-RIS) was the third tool used in this study. This scale has 25 questions based on 4-option Likert scale [22,23]. The scores in this scale ranging between 0-100, with the higher the g higher resilience [4]. The reliability of this scale was confirmed by Cronbach's alpha coefficient of 0.84 [24]. In carrying out this research, the researcher prepared a list of beta-thalassemic children after approving the project in the University’s Research Council and obtaining permission from the officials of medical and care centers. Then, while explaining the study objectives and emphasizing on the safety of this study and maintaining the anonymity of the research units, the researcher selected the samples from those who had the criteria to enter the study by available method. Data were collected by self-report method and then entered into SPSS-21 statistical software. The collected data were analyzed by descriptive statistics (mean, standard deviation, table) and statistical tests (linear regression, one-way ANOVA, independent t-test) at a significant level of 0.05.

The results of this study showed that, the self-efficacy and resilience of parents was at moderate level. Statistical results did not show a significant relationship between resilience and self-efficacy of parents. Bazrafshan showed moderate social adjustment and resilience in mothers of mentally retarded children [11,25]. Rashki showed that resilience was higher in mothers of children with thalassemia [4]. Gharibpour revealed that self-efficacy was low in mothers of mentally retarded children [26]. Therefore, the occurrence of chronic disease in one of the children can be considered a critical event for the whole family, because the parents hold themselves responsible for their children illness and suffer from anxiety, guilt, and helpless [6,7]. Stress of caring for children with chronic disease often puts psychological distress and many psychological problems on the parents of children with thalassemia [27]. The use of family-centered empowerment programs has an important role in reducing stress and increasing the quality of life of caregivers of patients with chronic diseases such as thalassemia [28,29]. Also, models of continues care and support have an important role in increasing the quality of care and satisfaction of patients and their caregivers [30]. The results of this study did not show a significant relationship between resilience and self-efficacy of parents, which is in contrast to other studies. However, this difference can be related to individual and cultural differences in the research community and also sampling methods used in these studies. Other economic and social factors can also affect the variables of these studies.

Motahari Niya argued that education plays an important role in increasing mothers' self-efficacy, and increasing self-efficacy reduces maternal stress [20]. Nemati believed that self-efficacy increases resilience and therapeutic motivation, and also stated that people who are able to take care of themselves have higher life expectancy and adaptability [31]. Sadoughi showed that people with higher self-efficacy can better cope with life stresses [17].

Gharibpour in a study showed that self-efficacy plays an important role in the adjustment and quality of life of mothers [26]. Adel Baghersalimi revealed that supportive care and education play an important role in increasing the self-efficacy of patients and caregivers of children with beta- thalassemia [32]. The results of this study showed a significant difference between resilience, self-efficacy and the age of parents, so that resilience and self-efficacy increased with age. This may be due to the increasing experience and learning of coping techniques over time by parents [18,33].

The results also showed a significant difference between self-efficacy and maternal occupation and parental gender, so that housewives and fathers had higher self-efficacy. However, in Hojjati study, there was no significant difference between parental occupation, gender, resilience and quality of life [26]. Increased self-efficacy in men may be due to genetic feature of male gender and better ability of men to cope with problems. Men often acquire better problem-solving skills than women as they are more likely to work and engage in social activities. In this study, housewives had higher self-efficacy, which could be due to mothers' lack of employment, which gave them more time to spend with their sick children.

The results of this study showed moderate self-efficacy and resilience in parents of children with thalassemia. It also showed a significant relationship between resilience and parental self-efficacy. Therefore, it is necessary for nurses to help increase the self-efficacy and resilience of parents of thalassemic children by understanding physical, mental and psychological needs of parents and strengthening their defense mechanisms and coping strategies. One of the limitations of this study was non-random sampling method used in this study. The small research community and lack of attention to cultural differences were also among other limitations. Similar studies are suggested to be conducted on a larger population with more cultural diversity.

In conclusion, the researchers consider it necessary to express their gratitude and appreciation to the officials of hospital and thalassemic child support centers, as well as participants who helped us in this project. This plan was approved by the ethics code: IR.IAU.CHALUS.REC.1395.31 oat Azad University.