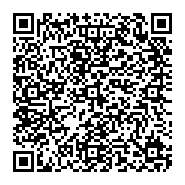 Introduction and aim: Vitamin D deficiency is a global health problem. Decreased serum levels of vitamin D cause cognitive and psychiatric disorders, especially depression. Therefore, this study was conducted to evaluate the effect of vitamin D3 supplementation on symptoms of major depression.

Methods and materials: This experimental study was performed on 70 depressed patients allocated in two intervention and control groups. Drug treatment and routine psychotherapy were performed in the control group and in the intervention group, in addition to the usual treatments, vitamin D supplement capsules were prescribed for patients. The data collection tool was the Hamilton Depression Inventory. Data were analyzed by SPSS-21 statistical software using paired and independent t-tests.

Conclusion: Due to the effectiveness of vitamin D supplementation along with pharmacological and non-pharmacological treatments, the occurrence and exacerbation of depression symptoms can be prevented.