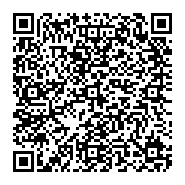 Introduction and aim: Vitamin D deficiency is a global health problem. Decreased serum levels of vitamin D cause cognitive and psychiatric disorders, especially depression. Therefore, this study was conducted to evaluate the effect of vitamin D3 supplementation on symptoms of major depression.

Methods and materials: This experimental study was performed on 70 depressed patients allocated in two intervention and control groups. Drug treatment and routine psychotherapy were performed in the control group and in the intervention group, in addition to the usual treatments, vitamin D supplement capsules were prescribed for patients. The data collection tool was the Hamilton Depression Inventory. Data were analyzed by SPSS-21 statistical software using paired and independent t-tests.

Conclusion: Due to the effectiveness of vitamin D supplementation along with pharmacological and non-pharmacological treatments, the occurrence and exacerbation of depression symptoms can be prevented.

Vitamin D is a fat-soluble vitamin. It also plays a dual role as a vitamin and hormone in the body. This vitamin is first hydroxylated in the liver and then, it is converted to 25-hydroxy vitamin D [1]. Vitamin D as a nutrient is important for maintaining health of the body. Vitamin D is absorbed from two sources; diet and sunlight [2,3]. The only enriched source of vitamin D is fish liver oil, which causes the absorption of vitamin D through the intestine [4]. Also, sunlight is another source of vitamin D, which causes vitamin synthesis to occur in the epidermis [3]. Therefore, reducing the consumption of vitamin D-rich foods, insufficient absorption of vitamin D from gastrointestinal tract, lifestyle changes, and lack of sufficient sunlight in some countries reduce the serum level of vitamin D in the body [5,6]. Vitamin D deficiency has epidemiologically prevalent worldwide [7], while vitamin deficiency has thought to be contained in the world. Nowadays, we are witnessing vitamin D deficiency all around the world [8]. Almost 30%- 50% of the world's population has vitamin D deficiency. Its prevalence varies according to geographical area and weather conditions [9].

The aim of this study was to investigate the effect of vitamin D3 supplementation on the symptoms of major depression.

This experimental study was conducted on 70 patients admitted to the psychiatric ward of Imam Hossein Hospital in Karaj in 2018. Criteria for entering the study included; being 18-60 years old, having a diagnosis of depression by a Psychiatric specialist Diagnosis of depression was based DSM-V criteria. All participants in this study were aware of the time and place. Exclusion criteria were; not willing to participate in the study, and having an IQ of less than 70 according to the medical record. The sample size of this study was determined to be 90 people (in both intervention and control groups) based on the penkofer’s study (2017), with an effect size of 0.6 at the significant level of 0.05, confidence interval of 95% and test power [23]. The participants were selected by convenience sampling and divided into both groups by random allocation method. For this purpose, the researcher prepared a list among those who met the inclusion criteria. He then separated the intervention and control groups by tossing coins. The data collection tool of this research was Hamilton Depression Inventory, which was translated to Persian and used by Mahyar Mousavi in 1986. This questionnaire has 24 questions that were scored based on the Likert scale with 4 options. Depression was scored 24-96. A high score indicates more depression. Validity of this questionnaire has been confirmed in various studies. The reliability of this questionnaire was confirmed by correlation coefficient of 0.90 [24,25]. The reliability of this questionnaire was also confirmed in Iran by Cronbach's alpha coefficient of 95% [26]. The questionnaire was completed by patients before and after the intervention. At the time of compilation, the researcher was available to patients and answered their ambiguities and questions. In this study, the researcher, while explaining the objectives of method of study to the participants, informed them about the confidentiality of personal information and the possibility of withdrawal from study at any time. The samples in both intervention and control groups, in addition to the ward’s routine care such as drug therapy, received the same counseling services.

In both groups, 30 mg of fluoxetine was administered twice a day (20 mg in the morning and 10 mg in the evening). Capsule containing 50,000 units of vitamin D was given to intervention group and capsule containing starch was given to the control group (starch capsules were given as a placebo). Placebo and vitamin D capsules were given weekly. Hamilton Depression Inventory was completed 3 months later. Then, the data were entered into SPSS-16 statistical software to be analyzed at a significance level of 0.05 using descriptive statistics (table, mean and standard deviation) and inferential statistics (paired t-test and independent t-test).

The mean age of participants in the control group was 67.34 (67.6) and in the intervention group was 29.36 (9.2). Independent t-test showed no significant difference between the two groups in this regard (p=0.12). Chi-square test did not show a significant difference between the intervention and control groups in terms of gender (p=0.22) and marital status (p=0.36).

Before the intervention, the level of vitamin D in the intervention group was 20.97 ng and in the control group was 22.78 ng. Independent t-test did not show a significant difference between the two groups in this regard (p=0.83).

Some studies have shown that vitamin D supplemental increases the serum level of vitamin D in the body and improves the cognitive status [30]. Lie believed that vitamin D consumption plays an important role in the centralperipheral nervous system and improves cognitive status [11,18]. Tarbali showed that vitamin D consumption has a positive effect on depression in patients with multiple sclerosis [19]. Rahab believed that consumption of vitamin D supplement reduces mental health problems [31]. Mirzavani stated that use of vitamin D supplement increases serum concentrations of 1- and 25-dihydroxy vitamin D, improves the symptoms of diabetes and reduces depression symptoms [21]. The 1- and 25-dihydroxy vitamin is the active form of vitamin D that helps amygdala, which is the center of emotion and behavior in the brain [14]. Vitamin D as a nutrient is effective in maintaining health of the body [32]. Unfortunately, today are witnessing the deficiency of this vitamin in people all around the world [5]. This is while some studies have shown that use of vitamin D supplement improves depression. On the other hand, some studies have shown that taking vitamin D has no effect on depression [1,32]. However we now know that, vitamin D has a protective role in the nervous system due to the synthesis of calcium-binding protein and its antioxidant properties. This has a protective effect against depression. Vitamin D increases dopamine and serotonin by affecting neurotransmitters and as a result, it improves depression symptoms [33].

Vitamin D plays an important role in insulin secretion and function. It often helps to control blood pressure, regulate blood sugar and prevent the psychological effects of diabetes [34]. Vitamin D deficiency weakens the immune system and reduces patient compatibility [35], and this is while it is necessary to maintain patient quality of life by using educational methods and empowering patients and their caregivers to adapt to new condition [36,37]. According to the results of present study, it can be said that increasing serum levels of vitamin D improves depression symptoms in a patients with major depression.

One of the limitations of this study is the cultural and economic differences between the study samples and its small sample size. Future studies with larger sample size are suggested on this topic.

Vitamin D as a suitable dietary supplement plays an important role in the physical and mental health of patients and also people in the community.

The researcher considers it necessary to thank and appreciate all participants as well as officials and staffs of Imam Hossein Hospital in Karaj who cooperated with us in this research. This project is the product of a general doctoral dissertation with a code of ethics IR.ABZUMS.REC.1397.136.