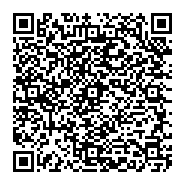 The Effect of Emotional Intelligence on Stress in Students at King Khalid University, Saudi Arabia

It's possible that the ability to keep one's emotions under check is a big influence in reducing overall levels of stress. The goal of this study is to evaluate the connection that exists between emotional intelligence and the amounts of stress that are experienced by working students who are enrolled in King Khalid University in the Kingdom of Saudi Arabia. One hundred different students from King Khalid University, which is located in the Kingdom of Saudi Arabia, took part in the research. A technique known as purposive sampling was used to choose these specific people to participate in the research. In this specific inquiry, a technique called as simple regression analysis was used in order to make sense of the collected data. Emotional intelligence was demonstrated to have an effect on the levels of stress experienced by students at King Khalid University in Saudi Arabia, as evidenced by the outcomes of the study, which gave a value of P = 0.000 < 0.05. The research was conducted at King Khalid University in Saudi Arabia. Given that the direction of the relationship between the two variables is a negative one, we are able to draw the conclusion that the degree to which students' emotional intelligence is developed corresponds negatively with the amount of stress that they experience.