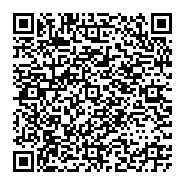 Diabetes mellitus is one of the main causes of mortality and reduction in life expectancy. It is a category of metabolic disorders characterized by an increased blood sugar levels over a long period of time either as a result of inadequate insulin production by the pancreas, or as a result of the body's cells responding incorrectly to the released insulin. It is a significant risk factor for the incidence of psychological symptom, and has an effect on long-term morbidity and mortality of diabetic patients based on their baseline fitness.

The present study included (50) diabetic patients and (50) control person who had been admitted ward and outpatient at the Marjan Teaching Hospital during the period between 2020-31st of October 2021. There were only 80 patients were followed. The diagnosis of psychological symptoms was performed according to the criteria of the structural clinical maintenance for the diagnosis and Statistical Manual of Mental Disorders-5-(SCID-DSM-5-) and General Health Questionnaire (GHQ). The results revealed that (59%) of patients had post-diabetic psychological symptoms. In comparison with (47%) of the control group. Also shows the different psychiatric disorders encountered in the patients and control groups depression and anxiety formed the majority (14,10 successively). A higher number had mixed disorders. This study proves that psychological symptoms are more common in diabetic patients in comparison with non-diabetic patients and especially in female patients. Therefore, it is aimed to estimate the frequency of psychological disorders among patients with diabetes mellitus and to evaluate the effect of various demographic, biochemical changes, diabetes types.