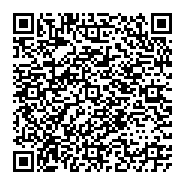 Diabetes mellitus is one of the main causes of mortality and reduction in life expectancy. It is a category of metabolic disorders characterized by an increased blood sugar levels over a long period of time either as a result of inadequate insulin production by the pancreas, or as a result of the body's cells responding incorrectly to the released insulin. It is a significant risk factor for the incidence of psychological symptom, and has an effect on long-term morbidity and mortality of diabetic patients based on their baseline fitness.

The present study included (50) diabetic patients and (50) control person who had been admitted ward and outpatient at the Marjan Teaching Hospital during the period between 2020-31st of October 2021. There were only 80 patients were followed. The diagnosis of psychological symptoms was performed according to the criteria of the structural clinical maintenance for the diagnosis and Statistical Manual of Mental Disorders-5-(SCID-DSM-5-) and General Health Questionnaire (GHQ). The results revealed that (59%) of patients had post-diabetic psychological symptoms. In comparison with (47%) of the control group. Also shows the different psychiatric disorders encountered in the patients and control groups depression and anxiety formed the majority (14,10 successively). A higher number had mixed disorders. This study proves that psychological symptoms are more common in diabetic patients in comparison with non-diabetic patients and especially in female patients. Therefore, it is aimed to estimate the frequency of psychological disorders among patients with diabetes mellitus and to evaluate the effect of various demographic, biochemical changes, diabetes types.

Diabetes Mellitus (DM) is a category of metabolic diseases characterized by increase blood sugar levels over a long period of time [1]. There is a significant increase in the incidence of diabetes mellitus, where in 2017 the world wide range of development of DM new cases was 22.9 million and the overall cases was 479 million and it was associated with 1.37 million deaths and 67.9 million cases of disability [2].

Polyuria, polydipsia, and excessive appetite are common symptoms [3]. If not treated, diabetes can lead to numerous complications [4]. Acute complications may involve diabetes ketoacidosis, hyperosmolar hyperglycemic condition, or death [3]. Sever long-term complications include cardiovascular disease, stroke, chronic kidney disease, foot ulcers, nerve damage, eye damage and cognitive and psychological disorders [3,5]. Diabetes is due to either the inadequate production of insulin by the pancreas, or the cells of the body do not respond correctly to the insulin produced [6].

Diabetes mellitus can be divided into three major types, including: Type 1 diabetes is the result of the pancreas's inability to produce sufficient insulin because of the loss of beta cells. This form was previously known as "Insulin-Dependent Diabetes Mellitus" (IDDM) or "juvenile diabetes" [3]. The beta cell loss is due to an autoimmune response [7]. This autoimmune response's cause remains unclear. Insulin resistance, a disease in . which cells do not react properly to insulin, is the starting point type 2 diabetes [8]. Previously, this disease was known as "Non-Insulin-Dependent Diabetes Mellitus" (NIDDM) or "adult-onset diabetes". A combination of heavy body weight and poor exercise is the most common cause. Gestational diabetes is the third most prevalent form of diabetes, and it occurs when pregnant women who have never had diabetes experience elevated blood sugar levels [3]. In 1952, the first edition of the Diagnostic and Statistical Manual of Psychiatric Disorders (DSM-I) included the definition of psychosomatic medicine, which dates back to its conception as psychosomatic disorder and in DSM-II published in 1968 as psychophysiological, autonomic and viseral disorders. It is therefore an unfortunate regression that, in 1980s DSM-III these categories after much debate, were deleted and replaced by the designation "psychological factors affecting physical conditions" this term described the interaction of mind "or psyche" and body " soma " too vaguely [9]. In ICD-11 if there are tissue damage and psychological factors associated with a disease process the following definition is used: Mental abnormalities or other form of the psychic factor may be believed to have played a significant role in the etiology of some physical disorders causing tissue damage. Mental disturbance is normally moderate and nonspecific in these cases, and psychic causes play a role as well. Such as worry, fear, and dispute will all occur in the absence of a psychological illness [10]. Psychogenic conditions such as asthma, eczema, dermatitis, gastric ulcer, ulcerative colitis, and urticaria are included in this category.

The medical texts of the Sumerian. Babylonian (2500-500 B.C) is remarkable in that they recommend treatments involving magic and no existing text is totally rational. Mesopotamian medicine was psychosomatic in all its aspect [11]. Socrates (Greek civilization 400 BC) stated that just as it isn't appropriate to treat the eye without the head or the head without the body, it isn't appropriate to treat the body without the soul [12]. Hippocrates said that in order to heal the human body, one must have a complete understanding of all aspects. Galen (late Greek –early roman civilization) 100 B.C-AP400 said that disease is caused by disturbance in the fluid of the body [13]. Alexander pointed to the autonomic nervous system (e.g parasympathetic nervous system in peptic ulcer and the sympathetic nervous system in hypertension) as the mechanism linking chronic stress and psychosomatic disorders [9].

Psychiatric illness in patient with diabetes

There are two methods used to confirm the Diabetes disease in asymptomatic patients, including: Plasma glucose in a random sample or two hours after a 75 g glucose load was ≥ 11.1 (200 mg/dL) or fasting plasma glucose was ≥ 7.0 mmol/L (126 mg/dL). These methods were performed according to Walker et al. [14].

The psychiatric evaluations of the patients and control individuals on the basis of the semi structured interview and General Health Questionnaire (GHQ-26) two groups, those judged free of psychiatric disorder (well) and those with evidence of psychiatric morbidity and referred as cases. Among the 50 patients 58% scored 5 or more on GHQ-26 SO they were considered as probable psychiatric cases, while in the control group 47% reached the cut-off score or above (Table 1). Figure 1. The number of diabetic patients according to the psychological disorder diagnosis.

Studies of the coexisting diabetic and psychiatric symptoms in patient with diabetes have reached to a firm conclusion that the psychiatric symptoms presented so frequently with this syndrome suggest the psychological parameters have been included in the specification, but what type of psychiatric illnesses significantly associated with diabetics. The most recent studies using standard psychological assessment like MMPI and the Hopkins symptom cheek list scales agreed in showing abnormal personality triad and abnormal profile on many subscales like somatization, depression, anxiety, hostility, but they don’t show common psychological profile to suggest certain diagnosis.

The present study shows the prevalence of the psychiatric illnesses in diabetic patients to be (59%) which are within the upper limit of the range of the previous studies. This may be duo to environmental factors, the stress of the war. The main psychiatric illness that all the patients have been depression additional diagnosis, which is anxiety and 4 have the additional diagnosis of obsession. The disease course is chronic with waxing and waning of the psychiatric symptoms together with the GI symptoms and both are precipitated by stress. The duration of the illness affect the psychiatric symptom presentation the longer the more depressive symptoms we have, and the less duration the more domination of anxiety. So the chronicity of the disease is associated with a high appearance of depression (Table 4).

The question of whether psychiatric symptoms arise as a result of the chronic stress of the diabetic symptoms or that the diabetic symptoms somatic expression of psychiatric illness is still to be answered. Psychological symptoms, including: Patients following diabetic represent significantly poorer physical and psychological health at the time of hospitalization. Even after controlling the quality of life, anxiety and demographic variables, depression were significantly associated with reduced psychological health, social function and chronic drugs using for diabetic. This current study revealed that depression following diabetic is more likely in middle age, patients who has no history of diabetics no positive family history of diabetic, an important result revealed that female patients vs. male are more likely to experience depression after diabetics with important significance making female gender act as important risk factor. Different psychological and social aspects which are more commonly affected in females, increasing the liability for depression, even if she has no comorbidity, in addition to; hormonal changes which occurred especially in postmenopausal period may play a role. A study by Sterlington et al. had done, resulting in the predominance of female gender in depression following diabetic disease.

The findings the present study shows that the predominant psychiatric illness associated with diabetes was depression, from those patients (10) have the additional diagnosis of anxiety and 4 patients have the additional diagnosis of obsession. The course of the anxiety is chronic, waxing and waning with the symptoms of the diabetes. This emphasizes the concept that diabetic patients need psychiatric assessment and treatment, which may be of benefit in alleviating the diabetic symptoms the hypothesis of a biological marker between the diabetic symptoms and the psychiatric symptoms need further investigation.