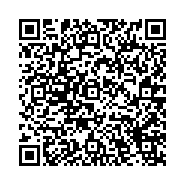 Post Stroke Fatigue Prevalence and its Correlation to the Functional Recovery

Background: Post Stroke Fatigue (PSF) is an irritating symptom in chronic stroke survivors. They report that the symptoms of the PSF are greater after their stroke’s incidence which might affect the rehabilitation process. PSF could limit the active participation of the patient in the environment as well as in different functional tasks of daily living activities.

Purpose: To determine the PSF prevalence in chronic stroke patients and to investigate its correlation on their functional recovery.

Materials and methods: One hundred Egyptian chronic stroke patients participated in this study from both sexes. All the patients aged between 40 to 65 years. They were recruited from the outpatient clinics of The Faculty of Physical Therapy, Cairo University. Demographic data were collected (age, sex). Post Stroke Fatigue was evaluated by using the Arabic validated versions of both the Fatigue Severity Scale (FSS) and the Modified Fatigue Impact Scale (MFIS). The functional recovery was evaluated by the Barthel’s Index (BI). The demographic data was assessed, and the functional recovery was correlated to the outcome measures of the PSF.

Conclusion: PSF is moderately prevalent among chronic stroke patients with 62% using the FSS and 66% using the MFIS. PSF is significantly prevalent in the females more than the male stroke survivors. It has a moderate negative significant correlation to the patient’s functional recovery. This indicates that the patient’s ability to act independently in different functional activities could be related to the presence and the severity of the PSF. It could act as one of the barriers for the stroke survivors to their physical recovery.