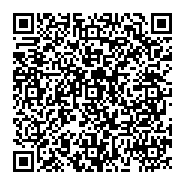 Mutual Prodrug of 5-Ethynyluracil and 5-Fluorouracil: Synthesis and Pharmacokinetic Profile

The oral administration of the standard cytotoxic agent 5-fluorouracil is extensively limited in the last three decades. This restriction is due to the drug's uneven intestinal absorption due to the changeable activity of dihydropyrimidine dehydrogenase, an enzyme found in the intestinal mucosa. A prodrug containing 5-fluorouracil and 5-ethynyluracil was developed in this study to allow mutual release of these two active medicines via a lactonizationfacilitated release mechanism. Using coumarin as a precursor, the synthesis of the target prodrug was carried out in seven stages. The chemical backbones of the synthesized intermediate molecules and the target prodrug were verified using spectra acquired from several spectrophotometers,including FTIR, 1H-NMR, and 13C-NMR. In the HCl- (pH 1.2) and phosphate- (pH 6.8) buffers, the target prodrug's chemical stability was studied. Human serum was also used to test the prodrug's ability to release its active components. Chemical stability tests revealed that the targeted prodrug had significant stability in the HCl-buffer, with a t1/2 of 33.18 hours, and in the phosphate-buffered saline, with a t1/2 of 18.14 hours, according to pseudo-first-order kinetics. Furthermore, the prodrug may liberate the two active compounds in human serum with a t1/2 of 4.62 hours using zeroorder kinetics. The authors came to the conclusion that the target prodrug might be a good mutual prodrug for oral ingestion of 5-fluorouracil and 5-ethynyluracil.