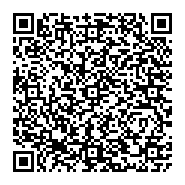 Long-Term Potentiation (LTP): A Simple yet Powerful Cellular Process in Learning and Memory

Learning and memory are natural responses of the body to assist us in living. Neurodegenerative diseases wreak havoc on the neuronal processes that control memory development and consolidation, causing mental, social, and financial hardship for millions of people around the world. In the mammalian brain, many neurotransmitters are involved in memory formation and consolidation. The cellular mechanisms and signaling pathway involved in this, however, are not fully understood. Donald Hebb suggested the synaptic reorganization hypothesis in support of memory development decades ago. Two types of synaptic plasticity, Long-Term Potentiation (LTP) and Depression (LTD), have been implicated in the formation and consolidation of memory in mammalian brains as a result of the advancement of modern electrophysiology and molecular biology techniques. The synapses are also thought to be the source of information storage, according to Hebbs' theory of neuronal connectivity and firing properties. As a consequence, information can be altered by altering synaptic intensity through LTP or LTD. The physiology of synaptic organization in the brain is altered in certain memory-related cognitive impairments. Although there is literature on the non-synaptic memory system in the mammalian brain, this review will concentrate on a few key findings from in vitro and in vivo synaptic plasticity studies to link the role of LTP and LTD-a signature model in memory formation and consolidation. This will help us better understand neurological disorders involving neural processes and get us closer to discovering a cure.