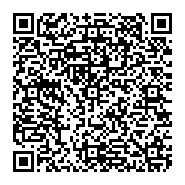 Alzheimer's Disease (AD) and other memory-related difficulties have both been treated successfully with herbs. Dementia is a neurodegenerative disease that causes the gradual deterioration of affective and cognitive capacities over time. Many factors, including poor cerebral blood flow, poison toxicity, mitochondrial dysfunction, oxidative injury, and, in some cases, the coexistence of other diseases like Alzheimer's Disease (AD), Huntington's Disease (HD), Parkinson's Syndrome (PD), and Attention Deficit Hyperactivity Disorder (ADHD), have been linked to Dementia (ADHD). Although semi-synthetic pharmaceuticals have been shown to be effective in treating Alzheimer's disease and dementia caused by AD, many of these drugs come with unwanted side effects. Therefore, traditional medicine provides a selection of plant-derived lead compounds that may prove useful in future medical research. This research examines the use of ayurvedic plants in the treatment of neurodegenerative diseases in various parts of the world. Also, it has been found that plants can protect the brain system from the damaging effects of proinflammatory cytokines including IL-6, IL-1b, and TNF-a by increasing antioxidant activity, decreasing oxidant levels, and blocking the breakdown of acetylcholinesterase. The most important ayurveda medicinal herbs and the biochemical effects they have have been highlighted. This suggests that the above medicinal herbs and their active ingredients have therapeutic potential in treating neurodegenerative disorders, such as Alzheimer's disease. and sadness, all of which have been associated to neuroinflammation and neurotransmitter dysregulation.