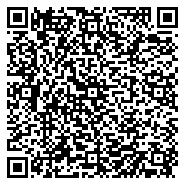 The depression disorder becomes associated with other common diseases that incidence in a high percentage in different populations, the sleep disturbance is found in a high prevalence among individuals. The Current study was suggested to study some factors effecting in the sleep period in depression (DD) associated with diabetes mellitus type 2 (DM2) and blood Pressure (HP). Exercise, diet, family history of disease incidence, Age, duration of disease and BMI which were depended in the current study, the results show there were significant changes in sleep period, Age and BMI among study groups (p=0.000), high percentage of depressed patients and DD+HP (78.95%, 66.66%) respectively have <6 hours of sleeping in significant differences (p=0.000). The other groups have a high percentage of >6 hours of sleeping. The association of sleeping with Exercise, diet, family history shows non-significant impacts except in diet in DD+DM2 that shows significant differences (p= 0.008), the correlation among age, BMI, duration with sleep shows non-significant association, but some correlation changes from positive to inverse relation and vice-versa in comparing with control group as well as age in the DM2, DD+HP and DD+DM2 that have positive correlation with sleep, in duration inverse relation in DD, DD+HP and DM, and in BMI inverse relation in DD, DD+HP and DM2.

Conclusion: These outputs concluded that the different factors' effect may be contributed to sleep disturbance in different diseases in addition to depression disorder infecting patients.