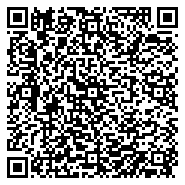 The depression disorder becomes associated with other common diseases that incidence in a high percentage in different populations, the sleep disturbance is found in a high prevalence among individuals. The Current study was suggested to study some factors effecting in the sleep period in depression (DD) associated with diabetes mellitus type 2 (DM2) and blood Pressure (HP). Exercise, diet, family history of disease incidence, Age, duration of disease and BMI which were depended in the current study, the results show there were significant changes in sleep period, Age and BMI among study groups (p=0.000), high percentage of depressed patients and DD+HP (78.95%, 66.66%) respectively have <6 hours of sleeping in significant differences (p=0.000). The other groups have a high percentage of >6 hours of sleeping. The association of sleeping with Exercise, diet, family history shows non-significant impacts except in diet in DD+DM2 that shows significant differences (p= 0.008), the correlation among age, BMI, duration with sleep shows non-significant association, but some correlation changes from positive to inverse relation and vice-versa in comparing with control group as well as age in the DM2, DD+HP and DD+DM2 that have positive correlation with sleep, in duration inverse relation in DD, DD+HP and DM, and in BMI inverse relation in DD, DD+HP and DM2.

Conclusion: These outputs concluded that the different factors' effect may be contributed to sleep disturbance in different diseases in addition to depression disorder infecting patients.

Investigation proved that there was a strong association between sleep disorders and depression and it is considered as important depression symptoms that dependent in diagnoses [1]. Sleep disturbance is a risk of relapse and recurrence when other depression symptoms are ameliorated, it may be led to a few proven risk factors for suicide [2]. The sleep disturbance in depression clinical samples is characterized by difficulty in initiating or maintaining sleep (including early morning waking), this observed in about three quarters of depressed patients [3,4].

The abnormalities of sleep in depression happened by disruption in both homeostatic and circadian drives to sleep, that occurred frequently for a long time to initiate sleep this is observed in other psychiatric conditions, like generalized anxiety disorder [5].

One of the most common comorbidity in diabetes patients is depression [6,7]. The Poor quality of sleep is another common feature of DM2 [8]. Studies were documented that more than half of DM2 suffered from poor sleep quality [9]. The quality of sleeping related to predicting the quality of life in DM2 with controlling for age, duration of disease, type of comorbidities and complications, in addition to insulin use, and depressive symptoms [9,10].

The present study enrolled six groups, including depression disorder patients, depression with diabetes mellitus type 2 patients, depressed patients with hypertension, and diabetes mellitus type 2 patients, hypertension patients and healthy individuals male as a control group. All study groups were diagnosed by specialist psychiatry in Al-Sader hospital city, and by glycemic parameters and blood pressure, all data were collected after approval from each contributor. Data included sleep period, age, BMI, exercise activity, diet and family history of disease. Data were represented as mean ± SE, ANOVA one way was used at p<0.05 for significantly detection. Two sub-groups were dependent belong to sleep period in study cases including (>6 hours and <6 hours of sleep) [16].

Diabetes mellitus, hypertension and depression become the most common health problems among Iraqi individuals in the last decade [17], thus the current study was suggested to establish the sleep period effective in depression associated with DM2 and hypertension in some Iraqi cases in addition to DM2 and HP groups. Results show that there were significant differences in the sleep period (p=0.000) in depression and depression with HP in comparison with other groups, also significant differences in age (p=0.000) and BMI (p=0.001) (Table 1).

The associations of depression with other disease have been established by several documents, that clarified the comorbid of diabetes with depression lead to have more diabetes complications and greater dysfunction and worse life quality in compared with patients with normal mood states. Depression with diabetes also represents increased health care costs [18-27]. The distribution of study groups according to sleep period sub-group (>6 hours, <6 hours) Current study found an association between sleep and depression patients, this result agrees with other studies observed that depression and Sleep disorders are in close relationship, and The epidemiological study clarified that more than 90% of DD will have a sleep disorder, and have difficulties falling asleep, awaken frequently during the night, awaken early, and experience non-refreshing sleep [28,29].

There wasn’t association between DD patients with DM2 and sleep period that didn’t agree with Schipper et al., [30] who conclude that sleep disorders are highly prevalent in DM2 people and negatively affecting health outcomes. Other investigations have shown insomnia to be related DD patients suffered from DM2 (OR 1.31) [31], Same results have been observed in the DM2 and HP groups in the current study, however, in people with DM or HP, the insomnia is associated with an increased mortality rate (OR 7.17) [32].

Studies clarified that the Exercise has long been associated with better sleep [33]; the available evidence suggests that exercise holds promise as a non-pharmacologic therapy for adults with poor or disordered sleep [34], the Exercise training also lowering in the severity of sleep-disordered breathing, with obstructive sleep apnea the most common type of severity of sleep-disordered examined [35]. A meta-analysis of five studies found that exercise training reduced severity of obstructive sleep apnea by 32% despite a non-significant decrease in BMI.

The diet showed significant effect in the sleep period in current study in the DD+DM2, investigations found the role of Dietary nutrition in sleeping wellness. Several nutritional supplements were used trying to benefit sleep wellness, on the other hand the relationship between sleep and nutritional is complicated, the Nutritional factors diverted with different dietary patterns and depend on the individuals digestive and metabiotic functions. Furthermore, nutrition can effect on the hormones and inflammation status which directly or indirectly contribute to sleep disorder, the carbohydrates, amino acids, lipids and vitamins have effects on sleep in different ways in addition to the health state and chronic disease [36].

The correlation between sleep period and age, BMI and duration of diseases are shown in Table 3.

Li et al. found that the sleep disturbances in older adults are multifactorial, like medical and psychiatric conditions, primary sleep disorders, and changes in environment, social engagement, and lifestyle. Belong to BMI, Grandner et al., referred to the relation between sleep and BMI was a linear, where more sleep is associated with lower BMI, furthermore, Sleep is the most sedentary activity, yet may be the only one that protects from weight gain, in addition to all mention above the duration and complication of diseases have impact in the sleep quality and period [39,40].

Sleep period and quality are an important for life quality, different diseases become common in Iraqi population that have effected in sleep. Depression, diabetes mellitus, hypertension and association among them were enrolled in the current study; the outputs concluded that the impact of different factors may be contributed in sleep disturbance in different disease in addition to associated with depression disorder. But these effects limited by diseases progression, lifestyle and medications which need further investigations.