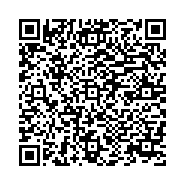 Summary Metformin is an oral hypoglycaemic and anti-diabetic medication. Metformin suppresses cancer cell development and reduce the amounts of stimuli that promote cell proliferation. Cancer is a category of diseases marked by the uncontrollable development and spread of abnormal cells. This study was aimed to determine the efficacy of metformin cytotoxicity on a variety of cancer cell lines. In this study methods used serious metformin concentrations (0, 5, 10, 15, 25, 35, 65, 130 μM) on a variety cells (Hela, AMJ3, HCAM, A172, HBL100) were incubated for 48,72 hours, We utilize the MTT assay to determine the viability of cancer cells, which is a typical test for determining the cytotoxic effects. Analysis indicated that populations of cancer cells was lowering the results revealed significant reduce viability of cancer cell line had highly significant cytotoxic effect at levels (P< 0. 01) with in HeLa significantly than, AMJ3, HCAM, A172 when compare with normal cell HBL00 in dose 130 μM. The potential cytotoxic effect of metformin in Hela than other cancer cell line and normal cell 15.081 ± 0.167 and IC 50 μMfor metformin on Hela (7.492 μM). We concluded of this study metformin had a highly significant selective cytotoxic effect on HeLa, and lesser effect on AMJ3, HCAM, and A172 cells than on normal cells.