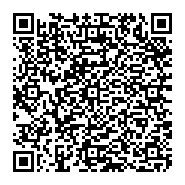 Methods: We applied sliding window approach to the resting-state functional magnetic resonance imaging data of 25 children with ADHD and 23 Typically- Developing Controls (TD) to generate temporal correlations maps, then we evaluated the average and variability of the limbic structures to the whole brain network functional connectivity in each window.

Conclusion: Our findings suggest that dynamic functional connectivity analyses might be crucial in characterizing abnormal patterns in ADHD and that the exploitation of these dynamics in further investigations may serve as potential indicators of ADHD.