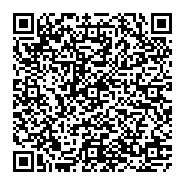 This research is a qualitative study with the objective of describing the analytical thinking abilities of students with autism with regard to their comprehension of fractions. Students diagnosed with verbal autism served as participants in this research. Interviews, observations, testing, and documentation were the several methods of data collecting that were used in this research. In order to ensure that the data are accurate, it is important to use strategies such as greater persistence of observation and triangulation. Reducing the amount of data, presenting the data, and generating conclusions are the phases involved in data analysis. Even though they are all part of the same group—the verbal group—three autistic kids were found to have distinct ways of thinking, according to the findings of the research conducted on them. Not all linguistic communities possess the capacity for Analytical thinking and not all of them have the same degree of comprehension. There are only two autistic pupils overall, but each of them has superior cognitive abilities and makes the content much simpler to comprehend than one other student.