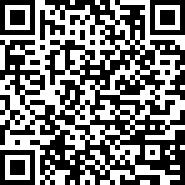 A "Review" on Brain Disorder Schizophrenia

Studies on the Pathophysiology of schizophrenia are based on disorders in neurotransmission. The majority of these hypotheses focus on neurotransmitters like dopamine, serotonin, and glutamate, whether in excess or insufficiently. Other hypotheses link the neurochemical imbalance of schizophrenia to aspartate, glycine, and Gamma-ASminobutyric Acid (GABA). [1]. Many of the symptoms of schizophrenia are likely to be accompanied with abnormal dopamine receptor site activity, notably D2 receptor activity [2,3]. The caudate nucleus serves as the destination for the nigrostriatal pathway, which begins in the substantia nigra. It is believed that low dopamine levels in this pathway have an impact on the extrapyramidal system and cause motor symptoms [1]. In the presence of excessive dopamineThe Ventral Tegmental Area (VTA) and limbic regions are linked through the mesolimbic pathway, which may contribute to the positive symptoms of schizophrenia [1]. The mesocortical route connects the cortex to the VTA. Low mesocortical dopamine levels in schizophrenia are regarded to be the root cause of negative symptoms and cognitive impairments. The pituitary gland receives signals from the hypothalamus via the tuberoinfundibular pathway. Reduced libido, amenorrhea, and galactorrhoea are the outcomes of decreased or blocked tuberoinfundibular dopamine as well as high prolactin levels. It was discovered that Lysergic Acid Diethylamide (LSD) enhanced the effects of serotonin in the brain. The serotonin hypothesis for schizophrenia [1]. In contrast to earlier drugs, which solely targeted dopamine receptors, later Pharmacological compounds that inhibited dopamine and serotonin receptors were found as a result of research. Both the positive and negative symptoms of schizophrenia were shown to be significantly reduced by the newer drugs [1]. The main excitatory neurotransmitter in the brain, glutamate, is thought to play a role in the symptoms of schizophrenia. This notion was developed in reaction to the discovery that the non-competitive NMDA/glutamate antagonist’s phenyl ciclidine and ketamine cause symptoms resembling schizophrenia [4]. As a result, it was hypothesised Since NMDA receptors are not activated while mesocortical dopamine neurons are being controlled normally, which raised the possibility that this could be the cause of the negative, affective, and cognitive symptoms that people with schizophrenia experience [5]. In schizophrenia patients, there seem to be physical alterations that can be seen in the brain tissue itself. For instance, people who are at high risk of experiencing a schizophrenia episode had a smaller medial temporal lobe in addition to larger third and lateral ventricles [6].