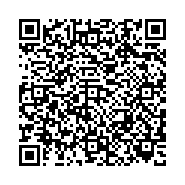 The hypertension is one of the diabetic complications, about 75% of DM patients suffered from hypertension and the long period of HP may lead to other health problems like stroke, coronary heart disease, heart failure, and peripheral vascular disease [1-3].

Multifactor can be led to HP like chronic inflammation, Obesity, and oxidative stress, the insulin resistance also one of the HP etiology, researches proved the unbalanced oxidative-redox state considered as risk factors in HP [4-6]. Oxidative stress recorded in high rates in different populations because of variation in lifestyle, food consuming, and sleep time and smoker habit, oxidative stress result from unbalanced between free radical production and scavenger by antioxidant molecules and these were effected by previous factors [7].

The present study aims to evaluation the oxidative stress by detection ROS and TAO in diabetes mellitus type 2 patients with and without hypertension.

A cross match study was conducted to detection the oxidative stress state in diabetes mellitus patients with and without hypertension, 21 sample of patients suffer from diabetes mellitus type 2 without hypertension and 16 patients with hypertension, all patients were clinically diagnosis by specialist physicians with clinical biomarker, blood samples and data were collected according to ethical approval of ministry of environment and health in Iraq. Serum samples were separated and store in -20˚C.

The oxidative-redox is a system included free radicals and antioxidant molecules to balance the oxidative-redox state in the body, the long period of unbalanced of this system would lead to oxidative stress that contributed in diseases incidence and developments [7]. The present study shows that the DM has high level of ROS and TAO levels and this were proved by other studies (Table 2).

The current findings concluded that the slightly ROS elevation and the slightly TAO decrement were non-significant associated with hypertension in DM patients, this didn’t mean that the oxidative stress was didn’t relate to hypertension, but at least didn’t cause disturbance in ROS and TAO in diabetes patients, which suffered from unbalanced in the oxidative stress state. The correlation coefficient between groups was discovered, and the ROS was found to be weakly correlated but not significant.