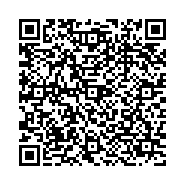 Regular Caffeine Intake in Patients with Schizophrenia: Cognition and Symptomatology

Approximately 85% of the population consumes at least one caffeinated beverage per day (M=165 mg/day), making caffeine the most widely used psychoactive substance in the world [1]. Fortunately, most healthy adults do not experience adverse effects from this level of caffeine intake [2]. While Caffeine Intoxication and Caffeine Withdrawal are listed as disorders in the DSM-5, Caffeine Use Disorder is not. It is argued that by not including caffeine as an addictive drug, it allows for more research and discussion related to its potentially beneficial effects [3].

In healthy individuals, chronic caffeine consumption has been associated with better verbal memory [4], as well as processing speed and executive function [5], while acute caffeine intake has been associated with better sustained attention [6], and working memory [7]. Conversely, Kaplan et al. [8] reported that while 250 mg of caffeine increased performance on a working memory task and had positive subjective effects (e.g., elation), 500 mg decreased working memory performance and had negative subjective effects (e.g., tension). Additionally, while lower doses of caffeine have been reported to improve mood and energy (~200 mg/day) [9,10], excessive caffeine consumption may be associated with a depressive mood [11,12]. Hence, it appears that only moderate doses of caffeine (i.e., ~250 mg/day) have potential beneficial effects on both mood and cognition while higher doses have more negative outcomes.

It has long been documented that individuals with schizophrenia consume a significant amount of caffeine [13], with consumption estimates including on average 500 mg of caffeine per day (3X more than the general population). One report approximates one-third of patients with schizophrenia consume more than 550 mg per day [14]. However, despite consuming large doses of caffeine, the reasons for their enhanced consumption and effects on symptoms and cognition have not yet been adequately investigated [15,16].

Only one previous study assessed the impact of caffeine on cognition in patients with schizophrenia [16]. In that study, the impact of chronic caffeine consumption on cognition was assessed using neuropsychological testing in 52 individuals with long-term schizophrenia (M age=47). A regression analysis found that chronic caffeine consumption was associated with better performance on tasks measuring semantic fluency, processing speed, working memory, and visual memory, however only for male and not female individuals with schizophrenia [16]. These results suggest that patients may be using large doses of caffeine because they are gaining some cognitive benefit.

The higher proportion of smokers among individuals with schizophrenia compared to healthy controls (60% vs. 24%, respectively) may also help explain higher caffeine consumption rates [24]. Since nicotine is an inducer of CYP1A2 and caffeine is a substrate of that same enzyme [25], nicotine intake leads to a quicker clearance of caffeine. As a result, smokers require two to three times more caffeine to reach the same plasma concentration as a non-smoker [19]. In further support for this idea, Strassnig et al. [24] found that caffeine consumption was correlated to the number of cigarettes smoked per day in individuals with schizophrenia.

The purpose of this study is to help us better understand the impact of caffeine on cognition and symptomatology in patients with schizophrenia and to expand the current small literature base on caffeine consumption in schizophrenia [15]. The primary objective of this study was to compare moderate (≤ 250 mg/day) and high (>250 mg/day) caffeine-using individuals with schizophrenia on measures of sustained attention, working memory, processing speed, executive function, verbal learning and memory, and visual learning and memory. It was hypothesized that moderate caffeine users would demonstrate better cognitive performance than high caffeine users and that high caffeine users would demonstrate fewer negative symptoms and more positive symptoms than moderate caffeine users.

This study was conducted in Halifax (NS, Canada) and approved by the Nova Scotia Health Authority Research Ethics Board (File #1023131). Participants were recruited through the Nova Scotia Early Psychosis Program (NSEPP), as well as through advertisements in the QEII Health Sciences Centre, community note boards, and Kijiji.com. Inclusion criteria was a DSM-5 diagnosis of schizophrenia or schizoaffective disorder [26], 18 to 55 years of age, stable medication regime for at least 4 weeks, an outpatient, fluent in English, and (corrected to-) normal vision. Participants were excluded if they had recent illicit substance use (3+ months; caffeine, nicotine, cannabis, and alcohol were permitted). Verbal consent was obtained to contact their primary health care providers to confi rm eligibility.

Nicotine questionnaire: The Fagerstrom Test for Nicotine Dependence (FTND) includes six questions that were used to assess nicotine dependence [28]. The FTND is a valid [29] and among the most commonly used measures of nicotine dependence [30]. The highest score is 10 while a score of 0 was applied to non-smokers, and higher scores indicate higher levels of dependence.

Symptom assessment: The Positive and Negative Syndrome Scale (PANSS) is a 30-item clinical scale that was used to measure the severity of symptoms associated with schizophrenia [32]. Data for the PANSS was collected using the Structured Clinical Interview-Positive and Negative Syndrome Scale [33]. Data from the PANSS was then analyzed using a specific factor structure [34]. The factor structure included the positive factor (P1, P3, P5, G9), negative factor (N1-N4, N6, G7), and cognitive factor (P2, N5, G11).

Design and procedure: This cross-sectional study compared two caffeine groups: Group 1 was a moderate dose group (≤ 250 mg/day) and Group 2 was a high dose group (>250 mg/day). This was based on literature that suggested doses up to ~250 mg per day had the most beneficial effects on cognition and mood [8,10,11,35]. The study materials were administered in the same order that they were outlined above.

Statistical analysis: Our initial analysis was with ANCOVA, covarying for the degree of nicotine dependence using FTND, but the covariate was not significant in any of our analyses, so it was dropped from the model. One-way ANOVAs were carried out to compare the two caffeine groups on measures of cognitive functioning, symptomatology, as well as demographic and health-related variables. Alpha was set at p ≤ 0.05 and two-tailed tests were employed for all analyses. Effect size was calculated using Eta squared.

Twenty-seven participants were recruited for this study (21 males; 21 with less than 5 years of illness (early phase psychosis)). General demographic and health related information are in Table 1 for the whole group and by caffeine intake (moderate caffeine intake N=13; high caffeine intake N=14). As a reliability check, a difference between group means was discovered for caffeine intake (F(1,25)=16.5, p<0.05, η2=0.4); those in the high dose group consumed more caffeine than those in the moderate dose group. A difference between group means was also discovered for FTND (F(1, 25)=17.5, p<0.05, η2=0.4 and the average number of cigarettes smoked per day (F(1, 25)=18.9, p<0.05, η2=0.4); high caffeine users were more dependent on nicotine and smoked more cigarettes per day, respectively. No other differences were discovered.

A difference was discovered between group means for the task that measured executive function (F(1, 25)=7.5, p<0.05, η2=0.2); moderate caffeine users made fewer errors on the Groton Maze Learning Test than high caffeine users. No other differences were discovered (Table 2).

This is the second study to assess the impact of caffeine on cognition in patients with schizophrenia [16]. However, in addition to the previous study, the current study also assessed caffeine’s impact on symptomatology, administered a cognitive battery that is specifically tailored for patients with schizophrenia, and recorded caffeine intake in milligrams rather than cups. Our results found moderate caffeine users demonstrated better performance on a task measuring executive function and that high caffeine users demonstrated fewer negative psychotic symptoms but higher positive symptoms.

However, the level of nicotine dependence did not affect the results of these analyses which suggests that it is the consumption of caffeine that is driving the group differences.

The results of this study suggest that, when comparing moderate and high caffeine intake, patients with schizophrenia consuming moderate doses of caffeine demonstrate better executive function while patients with high caffeine intake have fewer negative symptoms and more positive symptoms. Given the high intake of caffeine in patients with psychotic disorders, it is important to continue researching caffeine intake in these patients. Additionally, there are currently no approved or widely accepted treatments for cognitive deficits and negative symptoms associated with schizophrenia, and antipsychotic induced sedation continues to be a problem for many patients. We must better understand the effects of caffeine in psychotic patients so that clinicians can encourage caffeine use where it might be effective and to discourage caffeine use where it might be detrimental.

This study was funded by the Department of Psychiatry at Dalhousie University and by a grant from the Nova Scotia Health Authority Research Fund.

Thank you to all the physicians and nurses in NSEPP who referred participants and to the participants themselves. Thank you to the Department of Psychiatry at Dalhousie University and the Nova Scotia Health Authority for funding this research.