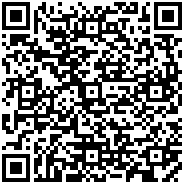 Obesity Prevalence among the College Students

It was found that the age range of all of the sampled students was ≥ 18 and ≤ 30 years, but the age of more than 75% of the studied sample was more than 20 years. The result of the present research showed that the prevalence rates of overweight and obesity categories in the student population were 33.34% and 10.67% respectively. When the two categories are compared on sex bases, it was found that the two rates tended to be higher for females. Such findings can show that overweight and obesity are conditions tending to be concentrated within 50% of the student's families. All the obtained data was scientifically discussed compared and illustrated and the literature involved was reviewed.

Obesity is the condition in which excess body fat has accumulated to the extent that it may lead to an adverse effect on human health [1]. It can occur as the result of an interaction between, behavior, environment, and genetic factors [2]. Data from the third national health and nutrient examination survey showed that the rate of obesity is 31% in men and 33.2% in women and its prevalence continues to be rising at alarming rates [3]. The high rates of overweight/obesity and lack of physical activity (PA) have been shown to contribute towards the increasing risk of various chronic diseases including Metabolic Syndrome (MetS), type 2 diabetes (T2D), and Coronary Heart Diseases (CHD). Thus, the increasing rates of overweight/ obesity and physical inactivity are very likely positioning this young sector of the population at a greater risk of developing chronic disease. CHD was reported as the second leading cause of all-natural deaths in young adults, ages 18-24, in the United States [4]. Internationally, obesity has been addressed as the most serious public health issue. However, the available clinical data significantly support the association between obesity and several diseases such as cardiovascular, diabetes II, cancers, and others [5,6]. The consequences of obesity are extended beyond the health risks into the psychosocial well and economic aspects [5]. The most widely used anthropometric method to diagnose obesity is the body mass index (BMI) which is calculated on an individual's weight in kilogram divided by the height in meter squared in populations for adults of 20 years and older [7]. However, BMI has been used extensively in epidemiological studies and incorporated into clinical practice because of its simplicity [8]. Worldwide, the standard weight status according to the BMI is of four categories (Table 1).

Table 1: Standard weight status according to the BMI (worldwide).

Data on the prevalence of obesity and overweight for the Iraqi populations is not available; the present research aims to investigate the rate, of incidence of the overweight and obesity categories for the college student's population and their families and find out how much knowledge about weight gain risks. It is assumed that the rate of weight and obesity will be not low due to food habits and lack of physical activity.

A random sample of 150 students (54% females and 46% males) was selected from a population of colleges of the Science University of Babylon in 2016. Individuals were randomly selected from the student's lists in each department. The weight and height of the sampled subject were recorded according to instruction established by the Health Survey of England (HSE) and the department of health and human services (CDC) of the USA (2002). The measurements were obtained by using electronic scale measurements were taken by two well-trained investigators at 12.0 pm. The students involved were asked to answer seven questions related to their knowledge about obesity and their families. BMI was calculated according to the following formula:

The age groups of the sampled individuals are shown in Figure 1. It was found that the age group range was between ≥ 18 and ≤ 30 years which represents the common for college student's ages. However, the age of the most studied sample (76.67%) was between 20 to 30 years. 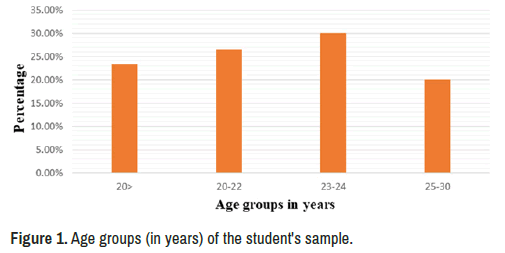 Figure 1: Age groups (in years) of the student's sample.

Factors such as age and sex can influence BMI measures. Certain categories for BMI were suggested worldwide for adults of 20 years and older [3]. Several studies well established that weight gain increases with age, an effect also influenced by heredity [9] (Figure 2). 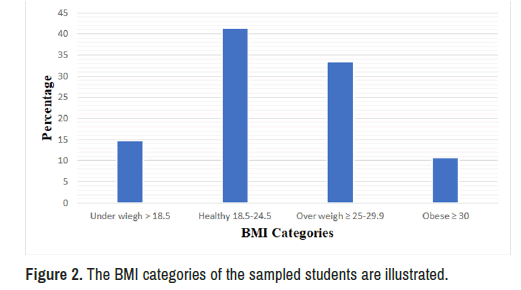 Figure 2: The BMI categories of the sampled students are illustrated.

The results in Figure 2 indicated that the rate of obesity of the studied sample was (10.67%). According to WHO standards, the percentage of overweight among students was quite high (33.34) if their ages were considered [10].

Students or others in that category should be advised to understand the showed that the high prevalence of cardiovascular diseases was common among individuals of the overweight and obese groups [5]. 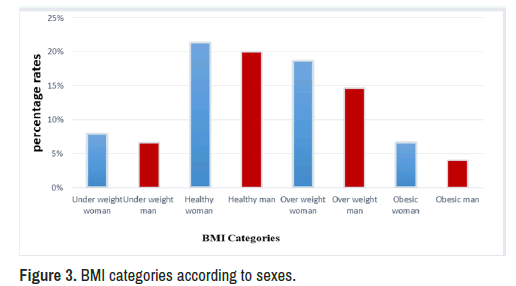 Figure 3: BMI categories according to sexes.

The distribution pattern of BMI categories of the studied sample according to their sex is shown in Figure 3. The result indicated that the rate of overweight and obesity categories in the student's population tended to be significantly high in women 18.6% and 6.76% respectively compared with these of men which were 14.67 and 4.0 respectively.

A similar trend was investigated by previous studies it was found globally that the rate of the two categories was 24.7% of women and 19.1% for men (WHO). The clear differences in the rate of obesity and overweight between both sexes due to the physiological and probability behavioral variations of the two groups (Figure 4). Figure 4: The overweight and obesity categories of student's families are shown.

The result revealed in Figure 4 that about half of the students in the sample have at least one of his or her relatives experience an excess weight of overweight or obese categories.

Studies have well established overweight and different forms. Obesity is a condition tending to concentrate within a family and the obesity risk is two to eight times higher for a person with a family history as opposed to a person with no family history of obesity. Genetic factors may play a significant role in the pathogenesis is of obesity. The most correct studies of candidate genes indicated that some of the genes involved in the pathways regulating energy expenditure and food intake may play a role in the predisposition to obesity.