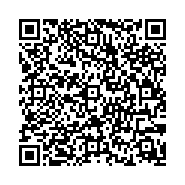 Objective: To determine prospectively the etiology, risk factor and outcome of neonatal sepsis.

Patients and methods: Prospective case study. Six hundred neonates were admitted to neonatal unit of children central hospital (Baghdad) between first of December 2018 to first of December 2019. Neonates with clinical findings reveal of sepsis like feeding intolerance; apnea; cyanotic spells or suggestive perinatal history of infection was included in this study. Neonatal sepsis was suspected in 214 neonates based on clinical finding; 120 neonates with sign and symptoms of sepsis were included in the research (after accepting those previous antibiotics treatment or severe asphyxia). Blood culture was done to determine pathogenic agents.

Conclusion: Gram negative bacteria (E. coli. Klebsiella) were the major bacterial agents of early oncent sepsis, may be due to large number of preterm deliveries and gram positive bacteria in the late onset disease (Staph aureus).

Sepsis is systemic condition that result from the bacterial, viral or fungal origin, associated with hemodynamic changes and clinical findings and causing severe morbidity and mortality [1,2]. It is also defined as the bacterial blood stream infection in-identify by one or more positive blood culture in the presence of clinical signs of infection [3]. It is an- inflammatory reaction to infection, that mean there is a liberate of vasoactive mediators lead to inhibition of the autonomic nervous system setting leading to suffuse vasodilatation and decrease blood supply which may lead to multi-organ failure and consequence possibly in death [4]. It is also an serious reason of morbidity, prolonged lodging in hospital and infants mortality, particularly those born preterm or very low birth weight [5,6]. Also it is a major cause of both morbidity and mortality worldwide accounting about 26% [7]. It incidence range from 7.1 to 38 per 1000 live births in Asia, but in Africa from 6.5 to 23 per 1000 live births while in South America and the Caribbean range from 3.5 to 8.9 per 1000 live births. By comparison, in the America and Australia range from 1.5 to 3.5 per 1000 for Early Onset Sepsis (EOS) and up to 6 per 1000 live births for Late Onset Sepsis (LOS), a total of 6-9 per 1000 for neonatal sepsis [8]. In the United Kingdom, incidence of neonatal infection was 6.1 cases per 1,000 live births, in 2017, but this incidence has been decreasing over time in both Early-Onset (EOS) and Late-Onset Sepsis (LOS) because of introduction of infection prevention care bundles [9]. Several neonatal and obstetric factors that may be play rule in increased risk of neonatal sepsis [10].

• Early or rupture of membranes more than18 h.

As a result of internationally increasing antibiotic resistance rates, the World Health Organization (WHO) has insisted countries to develop action plans versus antibiotic resistance. Sepsis of neonatal is clinically diagnosed by a collection of clinical signs, nonspecific laboratory tests and microbiologically confirmed by detection of bacteria in blood by culture [13,14]. In addition to that biomarkers are also used for diagnosis of sepsis [15].

Cultures of blood are a mainspring of antimicrobial stewardship to streamline focus on treatment and to lowering undue use of antibiotics. Yet, cultures of blood in patients with suspicion of sepsis are often negative. For instance, many of neonates with suspected sepsis needed to treat for 1 culture proven neonatal sepsis varies between 44 and 100 [17-19]. The American Academy of Pediatrics (AAP) advice stopping use of antibiotic for neonates with suspected early-onset sepsis after 48 h if cultures continue negative [20]. Different factors, like the blood volumes obtained from neonates are small, the presence of low or intermittent bacteremia, also maternal intrapartum antimicrobial exposure, can make the accentuation of neonatal sepsis are a diagnostic challenge [21,22]. Pathogens leading to infection of neonates and their antibiotic sensitivity pattern may alter over time and differ between countries [23-26]. Sepsis can be due to a large spectrum of microorganisms with many different transmission routes. Early onset sepsis and late onset sepsis not only differ in onset in which infection occurs, but also on the causative agent and routes of transmission [27]. In developed countries, neonatal surveillance generally identifies Group B Streptococcus (GBS) and E. coli as the dominant early onset sepsis EOS pathogens and Coagulase Negative Staphylococci (CONS) as the dominant late onset sepsis pathogen followed by Group B Streptococcus (GBS) and Staph aureus while in developing countries, Gram negative organisms are more common and are mainly represented by Klebsiella, E. coli and Pseudomonas. Of the Gram positive organisms, Staph aureus, CONS, Streptococcus pneumoniae, and Streptococcus pyogenes are most commonly identified [28]. A single antibiotic regimen of neonatal sepsis cannot be used for all settings. The selection of antimicrobial therapies relies on the prevailing flora in the given unit and their antibiotics sensitivity. The decision to beginning antibiotics is depend on clinical findings and or positive septic screen [29]. The combination of antibiotic prescribed in most units is a penicillin together with an aminoglycoside most commonly gentamicin [30]. Strategies to decrease rates of infection are clean and safe childbirth, adherence to universal precautions in all patient contact, stringent postnatal cleanliness, exclusive and early breastfeeding, avoiding nursery overcrowding and restrict nurse to patient ratios [31]. Other measures are hand washing, and barrier nursing, rationalization of admissions to and discharge from neonatal units and global precautions with all patient contact. Gloves, gowns, mask, and isolation as require [8,32].

Aims of the Study

• To point out the difference in spectrum of microorganism in early and late onset neonatal sepsis.

• To determine the risk factors that is associated with increased incidence of neonatal sepsis.

• To determine the case fatality of different pathogenic agents.

It’s a prospective case study. Six hundred neonates that were admitted to special care baby word of children central teaching hospital for the period between first of December 2018 to first of December 2019. Neonates with signs and symptoms suggestive of sepsis such as feeding intolerance, apnea, cyanotic spells, respiratory distress, or suggestive perinatal history of infection were included in the study. Data include, age, sex, date of admission, age of onset of the symptoms, history of prior hospitalization, results of blood culture, and these neonate were followed in the ward to identify the progress of their illness and their outcome. Neonatal sepsis was suspected in 214 neonates based on clinical finding; 120 neonates with features of sepsis were included in the study (after excluding those prior antibiotics treatment and severe asphyxia). Blood culture was done to determine pathogenic agents. Neonates were classifies into 2 groups according to age of onset of the symptoms the early onset disease , when the symptoms of sepsis appear within 1st 7 days life and the late onset disease when the feature of sepsis syndrome occur after about the seventh day of life till 28 days of life. From 1st December 2018 till 1st of December 2019 a total of 120 neonates are studied to determined pathogenic agent of their sepsis symptom. At least 2 ml of blood per set taken from peripheral vein from 2 separate site after adequate skin disinfection using iodine solution that left to dry and then wiped off with (70%) alcohol, both samples taken before antibiotic administration and each mixed separately with brain heart infusion broth then incubated at 37? for 7 days and cultured aerobically .

Data when analyzed statistically, using chi-square for comparison, the results considered significant at P-value ≤ 0.05. Statistical analysis was performed on the computer.

• During the twelve months period of the study 600 neonates were admitted to the special care baby unit. Neonatal sepsis were diagnosed in 214 of the admitted neonates based on clinical and laboratory finding .120 neonates with feature of sepsis syndrome are included in the study (after excluding those with prior antibiotic and sever birth asphyxia).

• We are able to identify the causative agent (by blood culture) in 23 (19.1%) of the neonates, 97 other neonates have no growth of blood culture in spite of 7 days incubation both aerobically and anaerobically. 60% were male (Table 1). 61.6% of the patients were preterm (Table 2).

Table 1: Sex distribution of neonates with the sepsis.

Table 2: Classification of 120 cases of neonatal sepsis according to gestational age.

Table 4: Association between maternal fever and development of neonatal sepsis.

Table 5: Classification of 120 patient with neonatal sepsis according to age of onset of the disease and positive and negative blood culture.

Table 7: Distribution of pathogenic agent of 23 neonatal sepsis according to the age of onset of disease.

Table 9: Comparison of pathogenic isolates and case fatality in “early” and “late” neonatal sepsis among 23 cases.

This study which was done over six month’s period, was to define the pattern of neonatal sepsis and the different organism sepsis as well as the risk factors for such condition. The study had shown, that males are affected more than female neonate in a percentage of (60%) to (40%) respectively Table 1, a figure is comparable to data reported by other worker [33-36]. Where a percentage of male to female were (62%) and (38%) respectively, such result suggest the possibility of sex linked factor in host susceptibility [37]. Our study, also show had, that septicemia occurs more frequently among premature neonates (61.6%) (Table 2).

This result is agreement with study of other workers which suggest that prematurity is an important predisposing factor for sepsis in neonate, possible explanation for these result is that premature infant lack well developed immune system or their prolong hospitalization which increase the risk factor of nosocomial infection [36-42]. Maternal factor like prolonged rupture of amniotic membrane increases the risk of infection in the baby. By 24 hours of membrane rupture there is histological evidence of chorioamnitis and prolonged rupture of membrane greater than 18 hours increases risk of GBS infection [43-45]. The study revealed association between prolonged rupture of membrane with development of the neonatal sepsis in (76/120) (63.2%) (Table 3). There was, a significant association of the neonatal sepsis with maternal fever one week prior to the delivery, Table 4 the result of this study is similar to the result of other work studies [41-44]. So, maternal fever is considered as early signs of chorioamnitis (Table 10).

Table 10: Classification of 120 cases of neonatal sepsis on the base of clinical presentation.

• The relative high frequency of nosocomial infection especially in Gram-negative bacteria and staph. Sepsis in our study together with the poor outcome of the neonates with septicemia make it mandatory to intensify the use of effective control measures for eradication and limiting the spread of infection in neonatal wards.

• In meantime, especially in view of high nosocomial, preventive measures must be intensified, such measure would include avoidance of overcrowding of patients at the special care baby unit, increase allocation of nursing staff to the nursery, regular total disinfecting of the unit, and rigidly enforcing hand to elbow washing for adequate time is essential for staff and visitors entering the ward.

• Though the use of invasive procedure in high risk infants in often unavoidable, it should be kept at minimum.

• Provision of well-equipped nursery unit in district hospital, together with well-trained nursing staff is important for adequate caring of the neonates and providing special care for the high risk infants, in order to ensure early diagnosis of the neonatal sepsis and avoid any delayed presentation.

• The possible changing nature of the bacteria pathogens at the unit needs further monitoring and the results of this study needs periodic reviewing, together with determining the antibiotic sensitivity pattern, which unfortunately cannot be determined in our unit at present time.

• The poor outcome of neonate with septicemia makes it mandatory to constantly review the pattern of pathogen.