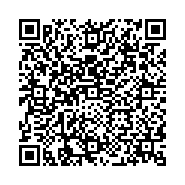 Factors Affecting Return of Stroke Patients to Their Job

Background: There are evidences that the rate of return to work (RTW) after stroke varies greatly depending on several factors. Objective: The aim of the study was to determine the factors affecting the return of stroke patients to their previous work.

Materials and methods: One hundred stroke patients were recruited from outpatient clinics of Faculty of Physical Therapy and from El-Kasr EL- Ainy hospital, Cairo University. A retrospective question model was conducted in which an interview was carried out with all patients. The model included demographic data and stroke-related medical information.

Conclusion: Return to job after stroke was found to be affected by the level of independency in daily living activities.

Stroke is one of the leading causes of disability in the developed world. Every year, it is estimated that stroke affects about 15 million people, leaving five million survivors with residual disability [1,2].The risk of stroke incidence is age dependent; about 20% of stroke survivors are of working age in the USA and Australia while it is estimated in the UK between 20 and 25% [3,4]. Twenty-eight percent of strokes occur in individuals younger than 65 years of age [5]. Hemiparesis is a very frequent dysfunction due to ischemic stroke. Over 60% of stroke survivals suffer from durable symptoms of focal damage of brain, which limits their participation in activities of daily living [6].

Returning to work after stroke was identified as an essential rehabilitation goal as it enhances a sense of social identity and improves self-esteem and life satisfaction through facilitating independent living for younger survivors and decreasing the economic burden on society [7,8].

Aim of the Study

The aim of the study was to determine the factors affecting the return of stroke patients to their previous work.

One hundred stroke patients were recruited from outpatient clinics of Faculty of Physical Therapy and from El-Kasar EL- Ainy hospital, Cairo University.

Inclusion criteria: Both sexes, ischemic and hemorrhagic types of stroke, patients’ age older than 21 years, stroke duration at least six months, and all patients were chosen active and working at the time of their cerebrovascular accident (CVA), all patients were medically stable.

Exclusion criteria: Retired or unemployed at the time of occurrence of the CVA, recurrence of stroke, patient with other neurological deficits or orthopedic abnormalities causing disability, patients with psychiatric or cognitive disorders except speech disorders.

A consent form was obtained from participants after comprehensive explanation of the aim and procedures of the study. The study proposal was approved by the Research Ethical Committee of the Faculty of Physical Therapy, Cairo University, Egypt (NO. P.T. REC/012/001998). A predesigned question model was modified and used [14] and an interview was conducted with the patients through which the questions were rephrased to improve clarity and rearranged to improve flow of information. The medical records were also reviewed to confirm the collected data.

The questions were categorized under the following items:

Out of hundred patients participated in the study, 37% had returned to work after their first stroke group (1) (G1) while 63 % had not returned to work group (2) (G2) (Table 2). The results revealed non-significant differences between groups (1) and (2) regarding age, gender, marital status or hand dominance (p>0.05). So, demographic variables were not prognostic factors for return to work after stroke (Table 2).

Table 2: Relation between demographic factors and return to work after stroke.

The findings showed non-significant differences between G1 and G2 regarding duration of illness, affected cerebral hemisphere, stroke type, main impairment after stroke or regularity in physiotherapy sessions attendance (p>0.05). So, these variables were not prognostic factors for return to work after stroke. On the other hand, a significant relation between independency level of ADL and return to work was found (p=0.020). So, more independency in ADL was a positive prognostic factor for RTW (Table 3).

Table 3: Relation between medical factors and return to work after stroke.

The aim of the study was to determine the factors affecting the return of stroke patients to their previous work. In the present research, patients’ age was delimited to more than 21 years as this is the common age of work in most of the Arabian societies for both males and females. Despite of engagement of some persons below 21 years in work, but this may occur for temporary occupations. Also stroke mean age more than 20 years which was in the same line with O'Sullivan et.al who stated that about 7,000,000 Americans more than 20 years of age have experienced a stroke [5]. Moreover, in the inclusion criteria, the duration of stroke was at least six months to be sure that the patient had enough time to join a rehabilitation program and to be medically stable. Also, it was expected that patients with stroke could not return to work before that duration of illness due to physical, speech and/ or psychological disabilities.

As the results revealed, the rate of RTW was 37%. This rate agreed with the international rates of RTW. The literature stated that RTW rates ranged from 9% to 84% [15]. In more studies, the percentage averages between 20% and 65% [16,17]. The great variety in the RTW percentages was due to several reasons such as varying length of follow-up periods, varying length of rehabilitation programs and its intensity, the patients age, work definition (including, for example, working at home and studying), and economic conditions of different countries (i.e. unemployment rates) [18]. As shown in the findings, the duration of illness was about 30 months for patients who returned to work. In contrast, Teasell et al reported that most stroke survivors returned to work within three to six months after stroke onset, with few returning after one-year [19]. Also, Doucet et al postulated that RTW was within one to two years after stroke [14]. This difference may be explained by that the work reentry duration depends on several factors such as health insurance systems, health care services and follow up periods which vary greatly from one country to another. In the current study, there was no relation between patients’ age and return to work. This came in accordance with Doucet et al who also found no relation between both. Moreover, Saeki’s reviewed the previous studies that was examining predictors of RTW and published between 1960 and 1993 [14,18]. He assumed that age of 65 years or younger was not a predictor of RTW for stroke survivors. On the contrary, it was reported that younger age was a positive predictor to RTW [20]. They explain their result by that many employers might be more inserted in younger employees to keep more progress. As shown, a non-significant relation between gender and RTW was found. Findings of the literature, about the relationship between both after stroke, were not consistent, The result of current study was agreed with the obtained data from most of the previous studies as those of Doucet et al [14]. On the opposite, one study reported that women may be less likely to resume work than men [20]. Also, in a prospective multicenter study, the male stroke survivors had returned to their work earlier than the women did [21].

In another aspect, there was no relation between patients’ social or marital status and RTW. The social factor was determined as if the patient was living alone or not after stroke. The present study showed that the social support was provided by the wife and children for the married patients and the parents for the single and the divorced ones. So, most of the participants received good social support and were not alone after stroke. Similarly, previous study showed that living alone was negatively associated with RTW rate [22]. It was also found that the risk of occurrence of a depressive state, which is known to be a negative predictive factor for work re-entry could be limited by the support provided by a partner [14].

Regarding the type and the site of the stroke, there was no relation between RTW and them. This comes in accordance with the findings of most of the literature reviews [14, 18, 21]. The impact of stroke-related factors such as stroke subtype and its location remain unclear [23]. In addition, the present study showed no relation between RTW and the affected body side either right or left. This was supported by Wilz and Soellner who reported that the side of the body affected by hemiplegia had non-significant effect on rate of RTW after stroke. Similarly, the RTW rate was not relevant to speech disorder which was also agreed with Wilz and Soellner [16]. This could be attributed to the nature and the qualifications needed in each job, and due to the speech rehabilitation, which improve communication skills in stroke patients. In the current study, two patients who had returned to work having speech disorder made career modification, one patient returned to work as part time employee to avoid communication problems and the other one had a speech assistant at work. As shown in the results, there was no significant relation between the RTW and main impairment being motor or sensory or mixed. Although motor impairment is considered the main core of physical rehabilitation after stroke, it may make RTW difficult but do not hinder it after stroke. In the same line, Wilz and Soellner found that motor functional ability had no significant effect on the rate of RTW. Additionally, Singam et al reported that after six years, 84% of stroke survivors were active in the social everyday activities and also the complex activities, although only 35% became as active as they were. So, motor impairment was a modifiable factor and can be improved [24].

Return to job after stroke was affected by the level of independency in daily living activities and more cooperation is required between the medical team, vocational therapists and patient’s family to help the patient to be more independent as much as possible which could help them return to work. Return to job after stroke was not affected by demographic or medical factors, so rehabilitation process must be directed toward vocational preparation for all patients regardless their age, gender, marital status and even their medical condition.

Authors declare no conflict of interest