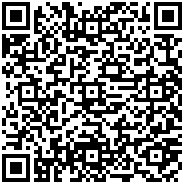 Exosomes are a kind of small membrane vesicles with the diameter of 30 nm to 150 nm containing complex RNAs or proteins, which could be secreted by cells under normal and pathological conditions. It has been reported that exosomes could play an important role in cell-cell communication, signaling pathway regulation, disease diagnosis and disease treatment; exosomes have been applied in many fields including clinical diagnosis, immunotherapy and tissue repair. Parkinson's disease as a kind of neurogenerative diseases, it has a high incidence rate in the elderly people, and there is no ideal treatment. The main pathological change of Parkinson's disease is the degeneration and death of dopaminergic neurons in the substantia nigra of the midbrain, which leads to the significant reduction of dopamine in the striatum. Here, we will introduce exosomes applications in Parkinson's disease, which may provide some new idea for Parkinson's disease treatment.

Because of the nano-scaled structure and low immunogenicity, exosomes could permeate the blood brain barrier easily, suggested that exosomes may be the ideal and effective neural drugs delivery vehicles [10,11]. For example, Mengke Qu, et al. injected the dopamine-loaded exosomes into Parkinson's disease mouse model, the results of studies demonstrated that dopamine-loaded exosomes could be delivered to the striatum and substantia nigra by permeating the blood brain barrier with the good therapeutic efficacy and low toxicity. Not only drugs, engneered- exosomes also could deliver RNA to treat the Parkinson's disease [12]. María Izco, et al. delivered a special shRNA mini circle (a kind of siRNAs target to alpha-synuclein) into Parkinson's disease model by RVG-exosomes, found that the specific RVG-exosomes could down-regulate the aggregation of alpha-synuclein, alleviate the loss of dopaminergic neurons, and the clinical symptoms of Parkinson's disease model [13].

Exosomes are nano-scaled small membranous vesicle which released through endocytosis, usually contain all kinds of non-coding small RNAs, lipids and proteins, could play an important role in cell-cell communications, functional regulation and disease treatment. Exosomes could participate in understanding and treatment of Parkinson's disease because of the miRNAs or proteins encapsulated in exosomes related to the Parkinson's disease. With the breakthrough of exosome research technology, we think exosomes applications in Parkinson's disease will be very promising.

The authors declare that they have no competing interests.