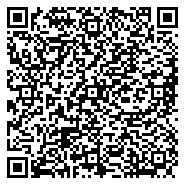 Food of all kinds is a primary source for body building, and also important energy source to do vital functions that includes reproduction and growth. Therefore eating a variety of foods with suitable concentrations has a major role in maintaining these jobs perfectly. Medicinal plants used since ancient times [1] as a cure for many diseases that was affecting humans, despite the development of the pharmaceutical industry it is still 80% the population of developed countries depends on herbs and medicinal plant as medicine because these natural products are free from side effects caused by the manufactured chemical drugs in addition to its cheap and used as a natural source for the drug industry through its possession of some materials attributed to the medical effect [2-5].

Cucurbitae pepo vegetable crop belonging to the Cucurbitaceae family [6], It is grown in the Mediterranean countries, Turkey, Italy and Egypt and its cultivation is spread in Korea and Spain [7,8]. It contains special compounds and components of vitamins and minerals that help get rid of free radicals in the body, its rich source for proteins, fatty acids also contains vitamin C, which helps to fight free radicals and vitamin A which enhances the body’s immunity in addition to containing pectin and salts also contains active compounds as saponins, tri-terpinins, fibers and poly saccharides [9,10].

Oxidative stress is result of disturbance in the balance between the body’s defenses and the free radicals in the tissue, including the increase in Reactive Oxygen Species (ROS) like negative super oxide O and hydrogen peroxide H2O2 they are among the most dangerous and most toxic types so that it becomes more capable of antioxidants and the body becomes unable to remove the free radicals [11,12], and oxidative stress causes the breakdown of cellular tissues and oxidative stress occurs when exposed to toxic substances, wounds and food poisoning cases [13,14]. The oxidative stress caused by free radicals plays an important role in fertility and infertility. Recent studies have confirmed the role of oxidative stress in heart disease, hypertension, and diabetes [15]. Many plants have been used to treat oxidative stress, including the use of Nigella sativa L. plant oil to treat stress in the reproductive system of white mice and results of studies appeared Ginseng plant enhances sperm greatly in terms of fertility and mobility and Abdurrahman and Tayawi indicated that exposure of male white rats to oxidative stress by H2O2 Abdurrahman and Tayawi indicated that exposing male white rats to oxidative stress resulted in a significant increase in the percentages of dead sperm and deformed sperm and a decrease in the number of total sperm. The present study aimed to know the effect of pumpkin plant extract on tests histological sections of rates subjected to oxidative stress [16,17].

White male rates were used in experiments (40) at age 10-12 weeks by weight 200-250 gm on plastic cages it is furnished with sawdust from the period (2nd December 2018 to 2nd January 2019). The animals were fed with the diet consisting of 35% Wheat, 35% maize, 20% soy bean and 10% concentrated animal protein with vitamins and antifungal additives, while providing an appropriate temperature 25°C and suitable lighting consist of 10 hours light and 14 hours darkness the concentration of given extract were 250 mg/gm weight and H2O2 were 0.5% (NRC,1995). Note that drinking water is exchanged daily and hydrogen peroxide is replaced every 48 hours, so it is effective.

The animals divided to 8 groups each group consist of 5 rates with close weights as follows:

At the end of the experiment, food and water were banned for 12 hours, then the animals were anesthetized, the testicles were extracted and placed in the formalin solution for 10 minutes then put on neutral formalin buffer solution for the purpose of preparing for histological examination, the testes were taken and then passed in a series of alcoholic concentrations (75%, 95%, 100%) to remove water from it then xylene for the purpose of clarification and then paraffin embedded in preparation for cutting it, and it was dyed using the double pigmentation method. using the Hematoxylin- Eocene (H&E).

The cross section of the histological section on the control treatment showed the most important critertion, one of the changes one expressed in several parts for example the testes contain of somniferous tubules that consist of sperms in the inside, and the somniferous tubules segregates in them by Connective Tissue (CT) (Figure 1A).

In this histological cross section (Figure 4A) appear the semniferous in testes of rates given only (hot+cold extract) a magician on sperms and spermate then the connective tissue and the last treatment (H2O2) of rates showed in histological section by cross section found bloody congestion and necrosis of epithelial cells, also hyperpigmentation of connective tissue between the semniferous tubules (Figure 4B).

Verily giving hydrogen peroxide to animals leads to oxidative stress resulting in the generation of free radicals including the active oxygen classes [18,19]. The weakening of the antioxidant defense systems is a great indication that the cells in a state of oxidative stress [20]. Free radicals affect body tissues and cells and cause many diseases including testicle cells [3,21], increasing free radical production lead to cells need from both enzymatic and non-enzymatic antioxidants, the reason can be attributed to the production of active oxygen classes which lead to a defect in the DNA of energy houses (Mitochondria) which results in genetic mutations that lead to a defect in building proteins. Thus, it leads to an imbalance in the electron transport chain, thereby causing a decrease in energy production (ATP) which affects the functions of cells [22].

Food of all kinds is a primary source for body building, and also important energy source to do vital functions that includes reproduction and growth. Therefore eating a variety of foods with suitable concentrations has a major role in maintaining these jobs perfectly. The improvement in the shape, size and nature of cells in the testicle due to the use of Cucurbiteae plant extract due to the extract containing vitamin E and this type of vitamin has the ability to capture free radicals such as single oxygen consequently, it leads to inhibiting the activity of free radicals at the level of membranes in their primary stages consequently.