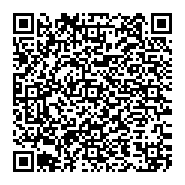 Does the Clinical Presentation of Schizophrenia Differ in Elders from Adults? A Cross Sectional Study

Methods: 102 schizophrenia patients met our inclusion criteria and entered the study. They were divided to two groups based on their age: group 1(18 years old to 64 years old) and group 2 (65 years old and older). There were 53 patients in group 1 and 49 patients in group 2. The patients were evaluated for schizophrenia pattern of presentation and clinical profile by Positive and Negative Syndrome Scale (PANSS). The two groups were compared according to their total score and subscale scores of PANSS.

Schizophrenia is a complex, chronic, and disabling illness that presents with heterogeneity in its clinical appearance, in patterns of psychopharmacological response and in long-term outcomes [1,2]. The prognosis for patients presenting with a first episode of schizophrenia is unclear, however various studies suggest that while up to a third make a good recovery, the remainder suffer from persistent symptoms or a relapsing and remitting course requiring on-going treatment [3,4]. It is estimated that 0.1% to 1.0% of the over 65 population has schizophrenia including up to 12% of all nursing home residents [5,6]. Schizophrenia classically begin in late adolescence and young adult age and the life course of schizophrenia into later adulthood is not well studied, but it is generally recognized that, whereas psychotic symptoms and disorganization tend to remit with time, negativity such as social withdrawal and emotional apathy, increase in frequency and intensity with aging [6,7].

In this research, our aim is to study the clinical manifestations of schizophrenia in the older adult patients (age more than 65 years old).

All the patients with diagnosis of schizophrenia that were referred to Ebnesina psychiatry center were evaluated. To enter the study, they must meet the following criteria: 1-Diagnosis of schizophrenia according to DSM-5 criteria; 2- Age more than 18. A board-certified psychiatrist did the beginning evaluations. The patients were excluded if 1- They were on psychiatry medications; 2-They abused substances; 3-They were pregnant; 4-They had uncontrolled medical problems; and 5-They had other psychiatry disorders.

To study schizophrenia manifestation and clinical profile, we used the Positive and Negative Syndrome Scale (PANSS). This scale in addition to assessing psychosis-related symptoms, would evaluate general psychopathology (including depression and anxiety) and cognitively related features including “poor attention” and “difficulty in abstract thinking” and involves the use of data from patient reports, caregiver reports, and clinical observations [8,9]. It contains inquiries about some (not all) specific PANSS symptoms in a flexible semi-structured format. It is not a diagnostic tool, but a severity rating tool that rates 30 symptoms of schizophrenia, divided into positive, negative and general psychiatric symptoms, over the most recent week. Each item of this scale would be scored from 1(not present) to 7 (severe).

102 schizophrenia patients met our inclusion criteria and entered the study. They were divided to two groups based on their age: group 1(18 years old to 64 years old) and group 2 (65 years old and older). There were 53 patients in group 1 and 49 patients in group 2. The patients were evaluated for schizophrenia pattern of presentation and clinical profile by PANSS. A trained clinical psychologist administers the test to all the patients. The two groups were compared according to their total score and subscale scores of PANSS.

All analyses were performed using Statistical Package for the Social Sciences (SPSS), 25.0 software (SPSS Inc., Chicago, IL). P value less than 0.05 were considered significant. Characteristics of the whole study group are presented using descriptive statistics including number of observations, means and SD for continuous variables. Frequencies and percentages are presented for categorical variables. For these, Pearson’s χ2-test was used for categorical variables and Mann-Whitney U-test or T-test was used for continuous variables. Normality was assessed by kolmogorow-smirnov test.

The clinical profile of the schizophrenia patients is depicted in Table 3. Among the positive symptoms studied, conceptual disorganization (P<0.000), Excitement (P<0.000) and Hostility (P=0.009) were significantly lower in the older adult group. Among the negative symptoms, blunted affect (P=0.019) was more observed in the older adult group. In the general psychopathology subscales, somatic concern (P=0.017), Depression (P=0.022), Motor retardation (P=0.009) and Disorientation (P=0.013) were more common in elders, while Poor impulse control (P<0.000) and Preoccupation (P<0.000) were more detected in adult group. The mean score of the rest of the symptoms were not significantly different between the groups.

In our cross-sectional study, we compared the clinical manifestation of schizophrenia in elders (mean age: 72.1) with adults (mean age: 35.5). We found that overall positive symptoms were less severe in elders (P=0.008). The negative symptoms and general psychopathology did not differ significantly.

In review of literature, we found several studies indicating positive symptom improvement in schizophrenia patients on long-term follow-up into later life [10-15]. In line with these studies, our result demonstrates that elders with schizophrenia had lower rate of positive symptoms. Among the positive symptoms, especially disorganization has been shown to decrease with age [16]. Consistently, we found conceptual disorganization to be significantly less in our older adult patients. A study on one hundred ninety-eight persons aged 55 and older living in the community who had developed schizophrenia before age 45 years, found that Thirty-two percent experienced auditory verbal hallucination that is lower than reported in younger adults [17]. Another study has shown a stable rate of hallucination over time in follow ups in schizophrenia patients [18]. In our study, the elderly had the same rate of auditory hallucinations than the younger participants.

Raji, et al. in their study compared people with schizophrenia. Age 19 years to 79 years, with their healthy age peers. They concluded that cognitive deficits occur around the time of onset and do not progress beyond what is observed due to effect of aging over the entire span of adult life [20]. Consistently, our results shows that the cognitive subscales (Attention, Abstract thinking, Emotional expression) are not more declined in elders with schizophrenia.

Our study is a cross-sectional survey. Longitudinal research that follow schizophrenia patients from younger age to elderly are more reliable to study the effects of age on schizophrenia’ characteristics. Our sample size is small. Furthermore, our research has been done only in one site.