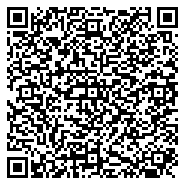 Autism Spectrum Disorder (ASD) is a neurodevelopmental disorder usually presenting as reduced social interaction, lessened verbal communication, and repetitive behavior. Diagnosing autism spectrum disorder is extremely difficult because of its wide variety of symptoms, so it can only be diagnosed through behavioral tests and analysis of developmental history. Resting-State functional Magnetic Resonance Imaging (rs-fMRI) can help researchers discover a neural substrate for autism spectrum disorder to diagnose it earlier. One prominent fMRI database for autism spectrum disorder research is the Autism Brain Imaging Data Exchange, a large-scale collection of anonymized functional MRI scans subdivided by age, gender, handedness, and scores on behavioral assessments.

This analysis focused on two brain networks: the Default Mode Network (DMN), which is active when minds wander, and the executive network, which is active during the performance of tasks. The medial Prefrontal Cortex (mPFC), Posterior Cingulate Cortex (PCC), and angular gyrus are nodes of the default mode network, and the Dorsolateral Prefrontal Cortex (DLPFC) is the main node in the executive network. Both networks are affected by autism spectrum disorder.

Functional Magnetic Resonance Imaging (fMRI) is a neuroimaging method that measures changes in blood flow and blood oxygenation, which can be quantified as the BOLD (Blood-Oxygen-Level-Dependent) signal. The BOLD signal measures the variance in the hemodynamic response, or the delivery of oxygen from blood vessels to surrounding neurons. Blood with varying levels of oxygenation is depicted on an MRI scan with varying levels of brightness; thus, varying levels of brightness can indicate brain activity. In recent years, Resting-State fMRI (rs-fMRI) has been used for brain activity analysis, specifically functional connectivity analysis. Functional connectivity refers to synchronized brain activity in two brain regions that share functions, and changes in functional connectivity can indicate a change in brain circuitry.

The default mode network is a brain network active during wakeful rest, when the brain is not presented with any stimuli, which makes it visible on resting-state fMRI scans. It is comprised of the medial prefrontal cortex, the posterior cingulate cortex, the precuneus, and the angular gyrus (Figure 1). Among several things, the default mode network is responsible for our concept of the self, as well as our emotional understanding and social interaction, which relates to how autism spectrum disorder manifests [2].

ABIDE, or the Autism Brain Imaging Data Exchange, is an online open-access database of resting-state fMRI scans from 1112 people collected by 17 different research groups, as of March 2022 [4]. It also includes phenotypic data for each individual, such as age, medications, gender, handedness, and scores on various assessment scores such as the ADI-R (Revised Autism Diagnostic Interview) interview and ADOS (Autism Diagnostic Observation Schedule) subscores. ABIDE also supplies data that is preprocessed through a variety of pipelines (Connectome Computation System and Neuroimaging Analysis Kit, for instance) and subdivided according to several commonly used brain atlases. In this paper, the Talairach atlas was used.

The data used in this research were 1D file, 2D arrays of numbers representing the bold signal in each Talairach region across time. There are 42 different regions in the Talairach atlas, each corresponding to a distinct four-digit code. The regions analyzed in this paper are as follows as showed in Table 1.

DensParcorr, an R script for partial correlation devised by Wang, et al. was used to compare the BOLD signal time series for each region of interest. Partial correlation was specifically chosen because other methods of correlation, like Pearson correlation, do not consider the effect of external brain networks on the network being analysed (Figure 2) [5].

Correlation The correlation matrices were divided between ASD and non-ASD patients and compared using Student’s t-test, and p-values were calculated for each correlation. Distinctions were made between patients’ age and sex: seniors show more functional connectivity than adults under 60 and children [6], and males show more general functional connectivity than females [7]. For the purpose of this project males and females under 21 were analyzed, equating to 672 unique sets of fMRI data (Tables 2 and 3).

Using Pearson correlation, each patient’s correlation coefficients were compared to their assessment scores: their FIQ, VIQ, PIQ, and ADI subscores (social interaction, abnormalities in communication, and repetitive/stereotyped behaviors). The data were compared against an already established method of diagnosing autism spectrum disorder to verify that the discovered phenotypes were actually major phenotypes indicative of autism spectrum disorder [8-12].

For example, Subject #51463 is a 20-year-old right-handed woman with autism. Her FIQ (full-scale IQ), VIQ (verbal IQ), and PIQ (performance IQ) scores were 102, 101, and 103 respectively. She scored a 24/30 on the Autism Diagnostic Interview Social Interaction Subscore, indicating a deficit in social communication (Table 4 and 5).

For each p-value according to the formula: Figure 3. On the left shows the graph of each p-value (in red) and each Benjamini- Hochberg critical value (in blue), calculated with the inequality above. Note: ( Figure 4. On the left shows the graph of each p-value (in red) and each Benjamini- Hochberg critical value (in blue), calculated with the inequality above. Note: (

After comparing the mean correlation coefficient for each region and verifying the findings using the Benjamini-Hochberg procedure, it was found that the most notable neurocognitive phenotype of autism present in the default mode network is lower functional connectivity between the right Posterior Cingulate Cortex (PCC) and the right Medial Prefrontal Cortex (mPFC). This manifests as a higher chance of restricted and repetitive behaviors, like repetitive hand movements or repetitive speech like echolalia. Higher functional connectivity between the right angular gyrus and left dorsolateral prefrontal cortex was also noted in non-ASD patients; this manifests as higher FIQ and PIQ scores (Table 6).

In the future, larger collaborative datasets like ABIDE would be extremely useful for researchers. While ABIDE is comprehensive, much of the phenotypic data, such as intelligence scores or autism diagnostic scores, are not consistent between the 17 different research groups that supplied data. With a larger, more standardized dataset, phenotypic research and neuroimaging analysis would provide a much more detailed look at the neurophysiological causes of autism spectrum disorder. Once researchers discover a neural substrate for autism spectrum disorder, they can determine a therapeutic target for future gene therapies or drug therapies that can eliminate the most debilitating effects of autism spectrum disorder, like epilepsy or delayed development.

I would like to thank Dr. Joshua Lee from the UC Davis MIND Institute and Dr. Judith Ford from the UCSF Brain Imaging and EEG Laboratory for invaluable help with data collection, procedure development, and statistical analysis of the neuroimaging data.

This research received no specific grant from any funding agency in the public, commercial, or not-for-profit sectors.

All data is anonymized, the only phenotypic data available for each patient is their age, their gender, any medications they have taken, and their scores on various autism spectrum disorder assessment tests.