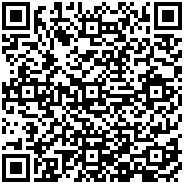 Alzheimer's Disease (AD) is a complex disease that affects millions of people, but there is no effective treatment. Reduced cerebral blood flow is a prominent clinical feature in AD along with the hallmark amyloid and tau pathologies. Vascular alterations perceived in the AD brain, including abnormal blood vessel structures, collapsed capillaries and dying endothelial cells, all could contribute to cerebral hypo perfusion in the AD brain. Clinical/epidemiological studies support the notion that vascular dysfunction and BBB breakdown in the early stages of the disease could increase the risk for AD development. Towards this, it has been previously shown that VEGFRs modulate the Hippo pathway protein expression both in the Endothelial Cells (ECs) and neurons, suggesting a novel signaling axis in EC senescence and neuronal death. Understanding the molecular insight into the VEGFRs expression and signaling events that lead to the initiation of EC senescence neuronal death will be crucial.

Previous studies in animal models of Alzheimer's disease have shown that VEGFA treatment can result in better memory and improve the impairment and CV functions. However, there are a few contradictory pieces of evidence of its role in AD as both up-and down-regulation of the VEGFA gene and protein expression in the brain parenchyma, Cerebrospinal Fluid (CSF), and peripheral blood has been reported in AD patients. However, recent studies, including the transcriptome analysis data, have shed more understanding into the role of VEGF family members, including VEGFRs and their ligands in AD. For example, a report using RNA sequencing of AD prefrontal cortex tissue convincingly demonstrated that VEGFRs and its ligands, Placental Growth Factor (PGF), and VEGFB were associated with the severity of the disease and a more rapid rate of cognitive decline. Higher expression of VEGFRs and VEGFB has been associated with increased ischemic injury. These suggest that this pathway could be involved in neuroprotection and a proangiogenic state. Further, in a more recent study, single-cell RNA-seq transcriptome analysis has revealed that the endothelial cells in the AD brain showed increased expression of angiogenic growth factors and their receptors (e.g., EGFL7, FLT1 (VEGFR1) and VWF) and other immune/ antigen-presentation markers compared to controls. EC's contribution to angiogenesis and altered immune response in AD pathogenesis has been suggested in this study. These provide evidence of a potential link between an abnormal EC angiogenic state and BBB abnormalities seen in AD patients. Indeed, these results are very exciting for the researchers as they support the potential role of aberrant VEGFRs expression on cerebrovascular dysregulation in the AD brain. Cerebrovascular disease refers to a group of conditions, diseases, and disorders that affect blood supply to the brain and the blood vessels. Malformation blockage, or hemorrhage prevents the brain cells from getting enough oxygen, and result to the brain damage. From a variety of causes including atherosclerosis, Cerebrovascular disease can also be developed where the arteries become thrombosis, narrow, embolic or arterial blood clot, which result as a blood clot in an artery of the brain or cerebral venous thrombosis, which appears as a blood clot in a vein of the brain. Focusing on this area will be important for future investigation.