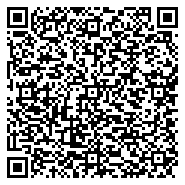 Assessment of Stigmatizing Attitude towards Depression and its Treatment among Medical and Paramedical Students: An Exploratory Study

Background: The prevalence of psychiatric disorders in medical schools has been continuously increasing, escalating the use of antidepressants. Despite this, a huge treatment gap persists, especially in traditional societies like India, where stigma towards mental illnesses is highly prevalent. Prejudice persists not only in the general population but also among medical students. Research on stigmatizing attitudes among medical students towards depression and its treatment is crucial to ensure timely interventions and promote mental wellbeing. Hence this paper aims to assess stigmatizing attitude towards depression and its treatment among medical and paramedical students in a tertiary care teaching hospital.

Conclusion: The findings suggest that awareness and proper knowledge about mental health are lacking among medical profession students and proper measures like medical education must be arranged to promote awareness.

In India, the prevalence of psychiatric disorders is increasing alarmingly, affecting about 197.3 million people in 2017, out of which 45.7 million people had depressive disorder. The contribution of mental disorders to the total DALYs in India increased from 2.5% in 1990 to 4.7% in 2017 and depressive disorders contributed the most to the total mental disorders DALYs, followed by anxiety disorders [1]. With the rise in mental disorders, the use of antidepressants is also increasing [2]. Despite an increase in treatment options, huge treatment gaps persist, which range between 70% and 92% for different mental disorders in India, and many who seek help fail to adhere to treatment [3]. Help-seeking behavior is much affected by the perceptions and beliefs that people have towards mental health [4]. The persistent preconception and stigmatizing attitude of self and public intercept patient’s appropriate treatment [5,6].

Medical students are a high-risk group for depression and anxiety and only a minority of them seek treatment [7]. This raises further concern not only about their subsequent episodes and morbidity but also because they are future medical doctors. Health professionals’ stigmatic attitudes towards mental illnesses and treatments have been shown to affect their everyday work, successively impacting their patient’s health [8]. Hence having information about medical students’ attitudes towards psychiatric disorder and their treatment before entering the medical field and surveying the efficacy of medical education in upgrading their perception towards mental illnesses, is of crucial importance to patient care. Previous studies are focused on patients and caregiver’s attitude and stigma for treatment. Many studies including Doctors and Health professionals had been conducted to analyze the prevalence of depression and perceptions and awareness regarding depression, however, there is a dearth of studies emphasizing the knowledge about antidepressants and stigma towards antidepressant use. To our knowledge, there is not such a study on Indian society.

Taking into account all these factors, this study aims to assess the awareness of antidepressants and stigmatizing attitudes towards depression and antidepressant use among medical and paramedical students from a Health university of North India.

The study was conducted in Pt.B.D.Sharma Post Graduate Institute of Medical Sciences Rohtak. A cross-sectional design was employed and a Web sampling technique was used to recruit participants. Ethical approval has been taken from the ethics committee of the university.

Inclusion criteria were students of any gender pursuing any undergraduate or post graduate course. The students pursuing MD or DPM in Psychiatry, Psychiatric Social Work or Clinical Psychology were excluded. Any self-reported case of depressive disorder or students with a significant negative life event like the death of family members or friends in last 1 month were also excluded. The socio-demographic data were collected using questions like age, gender, family type, history of physical or psychiatric illness.

For assessing stigma and general knowledge on depression and antidepressants, Depression and Antidepressant Knowledge and Awareness Scale (DAKAS) were used [10]. The scale developed by Oguz Kaan Yalcinkaya in 2021 consists of 2 sections with 17 questions and 11 questions in Section-A and Section-B respectively. The Section-A using a scale approach, addresses the stigma aspect, where participants state their views using the phrases such as ‘strongly agree/agree/neutral/disagree/ strongly disagree’. The overall stigma score is calculated by combining the first 14 questions. The last 2 questions were used to assess the participant’s opinion and were not found to be a good score of stigma, hence excluded from the total score. Section-B evaluates participants’ knowledge on depression and antidepressants, using phrases like ‘yes/unsure/no’.

Google form consisting of 44 questions was created which included basic socio-demographic details starting from the informed consent and items of the two questionnaires used in the study. All three sub-parts were merged in the one Google form with separators for the convenience of the participants. Google forms were distributed using social networking platforms (Email/WhatsApp/telegram) with the request for further circulation. Three months were kept for data collection and 506 responses were received. 474 participants who met the study criteria were included. Data so obtained was analyzed using SPSS software version 16.0.

The overall stigma score of the medical students was 37.95 (8.33) and 38.87 (8.63) of the paramedical students. The results of the stigma- based statements in the section A show the high prevalence of stigmatizing attitudes regarding depression in both groups. The results of the knowledge- based statements in Section B show that poor knowledge regarding antidepressants persists in a significant proportion of the study participants (Table 2).

In regression analysis, the predictor for overall stigma score was depressive symptoms, anxiety symptoms, gender and stream/profession (medical and paramedical) with a negative predictor effect shown in Table 3.

This study measured the awareness of antidepressants and stigmatizing attitudes towards depression and antidepressant use among medical and paramedical students. Stigmatization of mental health disorders can lead to social exclusion and bigotry, adversely affect the course of the illness, and impede treatment options [11,12]. The stigmatizing views of healthcare workers on these topics are pivotal, given their role in patients’ welfare [8]. Attitude plays important role to take decision about any action and doctor’s view for mental health and related problems has been reported negatives in studies [13]. It is therefore indispensable to evaluate the stigmatizing views of medical students on these topics.

In our study, it was seen that a majority of the participants (approximately 51% of both the medical and paramedical students) believed that antidepressants are addictive and depression can be solely treated by willpower (78% medical students and 75% paramedical students). But at the same time, a majority of the participants also believed that depression is a disease and anti-depressant usage is normal. This finding suggests that both positive, as well as negative impression regarding depression exists in health care profession students. This finding is in contrast to a study conducted on the general population where mostly negative views were present against depression [14]. It has been seen that people with higher education have a less stigmatizing view regarding mental illness which might explain the prevalence of mixed attitudes in our study. Also in this study since students of all the years were included, a possible explanation might be a less stigmatizing attitude among senior students compared to juniors. A study conducted in the Turkish population saw that, compared to first-year medical graduate students, sixth-year students had more knowledge and less stigmatizing attitude towards depression and antidepressants indicating that medical education is generally effective in reducing the stigmatization related to depression and antidepressants [10].

A majority of the participants in the study, who self-reported for having a psychiatric illness, claimed that they do not need treatment, which also explains their stigmatizing attitude towards antidepressants as seen in the DAKAS scale. A significant proportion of medical and paramedical students believed that antidepressants lower sexual drive and prevent the formation of clear thoughts. Such type of beliefs not only impacts their treatment or treatment of their patients in the future but also impacts their future career choice. It has been seen in previous studies that negative opinion is dominant among medical students regarding psychiatry and mental illness which leads to low interest in choosing psychiatry as a career choice [15]. In countries like India where there is already a dearth of mental health professionals, a further decrease might prove to be detrimental [16].

One of the limitations of the study was that the follow-up method was not used, as it would have been time-consuming, and also it is not possible to find the same participants over a while. The other limitations are that since it was conducted online, the study was limited to only those who had access to a smartphone device, hence the participants may not be representative of students from every stratum. Although we had committed sincere attempts to circulate the questionnaire widely on social media platforms, the response rate had been very less, as it was a volunteer-based survey. About 3/4th of the participants were females, which suggests that the survey did not have the desired snowballing effect, as much as it was expected. Since there is no specific scale to measure knowledge and attitude towards antidepressants, we used the DAKAS scale which had been used in only one study previously and is not validated. A comparative study would have been more informative, but since there is a huge discrepancy between the numbers in both the groups and the majority of the participants being female, which could have led to a biased comparison, a cross-sectional study was carried out. Because of these aforesaid constraints, the findings may not be generalizable to every stratum of medical students.

Despite the limitations, our study gives an idea about the stigmatizing attitude and perception healthcare profession students have regarding depression and antidepressants, and the findings of the study will help in formulating a proper educational curriculum in the future. Understanding the various types of stigmatizing attitudes will also help in delivering appropriate psychoeducational therapy.

The Health professionals should be emphatically aware of the impact their perceptions and eventual judgment about mental health patients and illnesses can have in their caring role. Enhanced knowledge of mental health problems, can lead to lower levels of stigmatization. Proper education must begin during the student phase to curtail the negative impact, stigmatizing attitudes may have on their future patient care. The medical curriculum must give its students the notion of seeing mental health problems as an illness, their victims as patients, and seeing antidepressants as a treatment method. Other than regular medical curriculum, public education programs, and awareness campaigns might help in changing stigmatizing views.