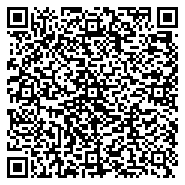 A Study of Prevalence of Stress, Anxiety and Depression among the Patients with Pcos: A Hospital Based Cross Sectional Study

Introduction: Poly Cystic Ovary Syndrome (PCOS) is the most common hormonal disorder in women of reproductive age and is associated with high psychological distress. The current study was aimed to assess the prevalence of stress, anxiety, and depression in patients with PCOS.

Methods: It was a hospital-based cross-sectional study and was carried out at a tertiary care hospital, Nandyal Andhra Pradesh, India, for six months. Patients with PCOS are selected from OPD, Dept of Obstetrics & Gynaecology. A questionnaire was given to fill in demographic details and anxiety, depression and stress were assessed using validated scales. The chi square and t test were used to assess the differences between the groups. Variables like BMI, fertility, duration of PCOS association with depression, anxiety and stress were done.

Results: Results showed that most of the study participants were 25-30 years old, living in rural areas, receiving treatment for PCOS for less than one year, unemployed, coming from nuclear families, and with family support. Most of the patients were infertile (with no children) and obese or overweight. Most of the patients had anxiety, stress, and depression, and there was an association between BMI and fertility with the presence of stress, anxiety, and depression.

Conclusion: We conclude that stress, anxiety, and depression are more prevalent among PCOS patients.

Poly Cystic Ovary Syndrome (PCOS) is a common endocrine disorder in adolescents and reproductive age women. The Indian Fertility Society reported prevalence of PCOS as 3.7%–22.5% in India. Prevalence of PCOS in Indian adolescents is 9.13% [1]. PCOS is a complex condition characterized by elevated androgen levels, menstrual irregularities, and/or small cysts on one or both ovaries [2]. PCOS is related to insulin resistance and obesity. It may be related to the function of insulin; insulin helps regulate ovarian function, and the ovaries respond to excess insulin by producing androgens, leading to anovulation. Delayed follicle maturation is a sign of ovarian abnormalities.

Pastoré, et al. study showed that in women with PCOS, there was a strong positive correlation between the severity of depressive symptoms and dissatisfaction with their appearance and physical condition [3]. Niet et al. reported that women with PCOS had low self-esteem and were more afraid of making negative comments about their appearance [4].

In a systematic review and meta-analysis, study showed that women with PCOS were four times more likely to have depressive symptoms than women of the same age in the control group. A sub-analysis of subjects with Body Mass Index (BMI) matching also showed that women with PCOS were more likely to experience depressive symptoms [5]. Possible explanations that have been studied as the cause of the disease include appearance such as obesity, clinical hyperandrogenism, medical consequences such as infertility, fears related to diagnosis, and concerns about long-term health complications.

Two studies assessed the prevalence of anxiety and depressive disorders among women with PCOS and had found a prevalence of 28% and 39% for anxiety and 11% and 25% for depression [6,7]. The prevalence of PCOS is increasing in today's lifestyle in the normal population. The problems associated with PCOS are also growing exponentially. The problems of patients with polycystic ovarian syndrome are facing with depression due to weight gain, infertility, and hyperandrogenism. Although many studies have been conducted outside of India, there are very few studies in the country examining various aspects of mental health in PCOS patients. There may be cultural differences in women’s responses to physical and emotional stress caused by PCOS. By identifying the gaps in research on mood disorders, novel therapies can be identified to improve clinical outcomes. The current study is one of the few studies in Indian settings that concentrate on stress, anxiety, and depression among women with PCOS, emphasizing the link between BMI, fertility, and psychiatric problems [8-10].

This is a descriptive cross-sectional study conducted on patients with PCOS attending the obstetrics and gynaecology outpatient department at Santhiram medical college and general hospital which is a tertiary care hospital in Nandyal and was done between March 2021 to August 2021.

Sample size: The estimated prevalence of anxiety, stress, and depression in PCOS patients as per previous literature is 25%.

As per this formula, the sample size came to be 110.

10 patients didn’t provide consent. So, 100 patients were included in the current study.

• Patients diagnosed to have PCOS by a Gynaecologist and who were on various treatments.'

• Patients who are willing to give written informed consent.

Methodology: A total of 100 consecutive women who satisfy the Rotterdam criteria for PCOS were studied. The study protocol was submitted and approved by the Institutional Review Board and Ethical Committee. Written informed consent was obtained from every participant and stored separately from the rest of the study material. After Initial assessment and examination, patients who fulfilled the sample criteria, and are willing to participate were included in the study and those with psychotic picture will be excluded. Socio-demographic profile were collected by a semi-structured questionnaire from the sample, ICD 10 was used to assess the symptoms and criteria of depression then scales HAM-D, HAM-A, PERCEIVED STRESS SCALE were applied.

3. Stress was assessed using Perceived stress scale, consisting of 10 questions; with cut-off score below 13 were considered no stress.

The data were pooled using MS excel 2019 version and statistically analysed using IBM SPSS 26 Software. The socio demographic profile and the prevalence of the different symptoms of PCOS, anxiety, and depression have been expressed in terms of frequency. Percentages and Chi-square tests were used for data analysis. Prevalence of anxiety, depression, and stress Association of demographic variables with stress, anxiety and depression

Association with marital status: Stress, anxiety, and depression were more among the married people, as PCOS is associated with conceiving difficulties. There was significant association between the marital status and stress in patients as evaluated by chi-square test. (P=0.00001 respectively) (Table 3).

Association with BMI: There was significant association between the presence and absence of stress in patients with varying BMIs (normal, overweight and obese) (P=0.000436 respectively). Among the overweight (43) and obese (21) majority of them were found to be having mild stress, depression. Duration of treatment has no impact on anxiety, depression, or stress and there was no statistically significant difference in this study (Table 5).

In the study done by Sayyah, et al. [12], done in Iran the prevalence of anxiety was 35.7% and depression was 18.9%. In the study by Suneet Kumar, et al. [13] done on 200 PCOS women, HADS scale was used to assess anxiety and depression. The prevalence of anxiety was found to be 28% and depression was 11%. In contrast, in the present study, the prevalence of depression was more compared to anxiety in PCOS patients and 54% of patients experienced stress. In the study by Farideh Zangenehet, al. [14] on 81 PCOS patients, where they used “Under-standing Yourself” questionnaire to assess the stress and their results indicated that 90.1% of patients suffered from stress. The difference in the results between the present study and that of Farideh zangenehet al. study is due to use of different scales to assess the stress.

Majority of our sample were from rural (61%) area and among them most of them were farmers. PCOS married women aged 26-40 yrs who were looking forward to pregnancy and childbearing but were infertile were found to be more prone towards depression, anxiety and stress. In the current study, stress, anxiety and depression were found to be associated with BMI of more than 30 Kg/m2. In the study of G Zhao, et al. [15] done on 177,047 participants, aged above 18 years, patients with BMI more than equal to 40 kg/m2 were significantly more likely to have current depression or history of depression and anxiety compared to patients with normal BMI. These findings correlated with the current study. All these findings indicated the greater suffering of PCOS patients and the necessity to give them psychological aid.

The present study agreed with previous literature and showed association of PCOS with psychiatric morbidity. It emphasizes the need for a multidisciplinary approach. Future work should consider more specific assessments of health-related stress in women with PCOS and the potential role of psychiatrist in the treatment of psychological distress in PCOS.

There are some limitations in the current study as most of the population were from rural area and sample size was small, this being a cross-sectional study done at a tertiary care hospital, their characteristics may not be shared by the general population.

There are no conflicts of interest.

We are thankful to our Head of department, principal, superintendent, and member secretary of the institutional ethics committee. We are thankful to all patients participated in this study for their kind cooperation.