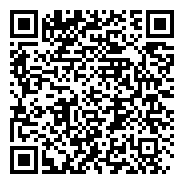 Clozapine is the only antipsychotic medication approved for treatment-resistant schizophrenia. The superiority of this second-line antipsychotic for reducing positive psychotic symptoms compared to other antipsychotics in treatment-resistant schizophrenia is well established. Clozapine is also effective for reducing suicide risk and physical aggression, reducing hospitalizations and overall treatment costs, improving quality of life and is associated with a longer treatment duration compared to most other antipsychotic agents. Despite these positive attributes, the prescription of clozapine in the U.S. is infrequent and disproportionately low relative to the estimated prevalence of treatment-resistant schizophrenia. In fact, use of clozapine in the U.S. accounts for approximately 5% of all antipsychotic prescriptions and is much less widely used than in other countries. Many possible explanations likely contribute to clozapine’s underuse in the U.S. including the potential for serious side effects. However, new advances in genetic testing that may help predict risk for agranulocytosis may soon make clozapine a more viable treatment option. Efforts to understand the apparent under prescribing of clozapine and to provide education and interventions to optimize its use in appropriate patients should be undertaken.