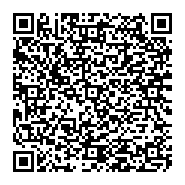 The purpose of this research is to investigate whether or not the implementation of a work system may have an effect on the concentration levels of children who have autism. How does the act of using the labor system influence the attention of youngsters who have autism? How to assess the effectiveness of different work systems in directing the focus of youngsters diagnosed with autism. The approach that was used in this investigation was to conduct an experiment with only one participant. The observation method of documenting the occurrence of the goal behavior (concentration) which was noticed via behavior was used in the collection of the data. The A-B-A design was employed for the study that was conducted. The findings indicated that there was potential for an increase in the level of concentration shown by the behavior of standing and departing from the chair while engaging in activities at the table. It is possible to draw the conclusion that the implementation of the work system has the potential to have an effect on the tendency of children with autism to get out of their chairs and move about the room while they are engaged in activity at their desk. It is believed that the implementation of the work system was successful in affecting the concentration of children diagnosed with autism.