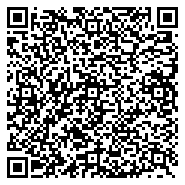 The study is concerned with determining the effectiveness of Commitment and Acceptance Therapy (ACT) to effectively reduce, control and overcome the symptoms related to separation anxiety among those applied for divorce in Jordan. The structure of this study carries an experimental nature. That is, it is an experimental research that has a pretest, a posttest as well as a control group. Moreover, the census included all those who were subjected to separation and divorce; those appeared before the Jordanian courts in Mazar city. In this context, the researcher applied the available sampling method to select the initial study samples. After designing a separation anxiety questionnaire as well as after getting a score for conducting the research, the researcher carried out a random sampling through which two groups, namely, experimental as well as control groups (14 pairs in each group), were formed. ACT protocol was ultimately adopted for the experimental group. Moreover, the researcher applied what is known as the separation anxiety inventory to measure the separation anxiety symptoms. The experimental group was trained sessions of one hour session duration. The results reflected that training, which relied on commitment and acceptance, can have a significant effect. At the same time, members of the control group were not subject to intervention. Therefore, the commitment and acceptance training is significantly affective on Separation anxiety among couples who applied for divorce