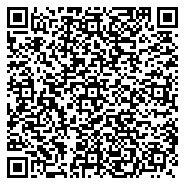 The Effect of Age and Gender on the Level of Daily Physical Activity of Children with Autism Spectrum Disorder: A Case Study in Iran

Background and aim: Evaluating and monitoring the level of Daily Physical Activity (DPA) and the factors affecting it are very important for children with Autism Spectrum Disorder (ASD). In this regard, the aim of this study is to investigate the effect of age and gender on the level of physical activity of children with ASD.

Materials and methods: The present study was a descriptive cross-sectional type, in which 62 children with autism, with an age range of 7-14 years, including 45 boys and 17 girls, were randomly selected by available sampling method. DPA was evaluated for 4 days by accelerometer. Also, the severity of the disorder related to autism was evaluated in the four fields of communicative verbal skill, social skill level, cognitive sensory awareness level, and health and behavior using the autism treatment evaluation checklist. Finally, the raw data from the study was analyzed by SPSS-Ver.22 software.

Results: The findings of the present study showed that girls have a significantly lower level of DPA than boys and as a result are less active than them. According to the results, with increasing age, the DPA of children with ASD decrease significantly. The level of DPA of the participants showed a negative and significant relationship with the severity of their disorder in the field of cognitive sensory awareness, as well as the level of their intense DPA with the overall score of the severity of their disorder. The variables of age, gender, and the level of cognitive and sensory awareness of the participants were the most important factors predicting the DPA of children with ASD.