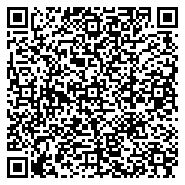 Sustained-Release Risperidone via Subcutaneous Injection: A Systematic Review of RBP-7000 (PERSERIS???) for the Treatment of Schizophrenia

RBP-7000 (PERSERIS™) is a once-monthly subcutaneously administered formulation of risperidone that does not require oral supplementation when initiated. As with risperidone microspheres, RBP-7000 is required to be stored in a refrigerator. The injection kit, consisting of two syringes (one containing liquid polymer, the other containing risperidone powder), will need to come to room temperature prior to mixing their contents. RBP-7000 is administered in the abdomen using an 18 G 5/8-inch length needle. In an 8-week Phase 3 study in patients with acute schizophrenia, monthly RBP-7000 at doses of 90 mg (equivalent to oral risperidone 3 mg/day) and 120 mg (equivalent to oral risperidone 4 mg/day) were superior to placebo on changes in the PANSS total score. Overall tolerability was consistent with what is already known about risperidone/paliperidone, and the most common adverse reactions (≥5% and greater than twice placebo) were increased weight, sedation/somnolence, and musculoskeletal pain. Mean subject-reported injection site pain Visual Analog Scale scores (0=no pain to 100=unbearably painful) were similar for all treatment groups following both injections; with pain scores decreasing from a mean of 27 at 1 minute after the first dose to a range of 3 to 7 at 30 to 60 minutes postdose. RBP-7000 represents the first second-generation antipsychotic to be available as a subcutaneously administered long-acting injectable; having different choices of formulations can make the difference in finding the right intervention for the right patient.