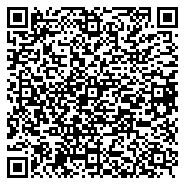 Purpose: Social cognition captures affect recognition, social cue perception, “theory of mind,” empathy, and attributional style. The aim of our study was to assess social cognition in schizophrenia inpatients being treated with firstgeneration antipsychotic drugs (FGAs), n=28 (perphenazine and haloperidol, FGAs) or with second-generation antipsychotic drugs (SGAs), n=56 (olanzapine and clozapine, SGAs). Subjects and Methods: Eighty-four patients completed the Facial Expression Recognition Test, the Voice Emotion Recognition Test, the Short Recognition Memory Test for Faces, and the Reading the Mind in the Eyes Test. Patients also completed the Visual Object and Space Perception Test (VOSP) as a control task, which would not engage social cognition. The patients were compared with fifty healthy controls matched for age and gender. Results: There were no significant differences on social cognitive performance between the FGA- and SGA-treatment groups. Nor was olanzapine superior to clozapine, FGAs or both. However, patients treated with FGAs performed significantly worse on VOSP compared to both groups treated with SGAs, a 10% difference. Conclusions: We cannot conclude that SGAs were associated with better social cognition than FGAs. However, there were small but significant advantages for SGAs in non-social visual processing function, as evaluated with the VOSP.