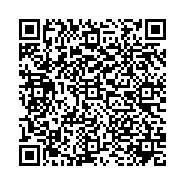 Schizophrenia: Effect of Perceived Stigma on Two Dimensions of Recovery

Rationale: Among those with schizophrenia, hope in a fulfilling future and belief in one’s own competence have been identified as two subjective dimensions of recovery. Aim: Our aim in this study was to determine how closely these two constructs were related and to what degree they were linked to stigma, social support, illness severity, and duration of illness. Method: We administered the Miller Hope Scale, Sherer’s Self-Efficacy Scale, the Norbeck Social Support Questionnaire, the Link Perceived Stigma Questionnaire, the Positive and Negative Syndrome Scale (PANSS), and the Beck Depression Scale to 70 individuals diagnosed with schizophrenia/schizoaffective disorder. Results: As expected, hope and self-efficacy were highly intercorrelated (r=.58). Of the other constructs we measured, only perceived stigma was significantly associated with both of the two recovery dimensions. Conclusions: In this population, feeling hopeful about the future and feeling effective went together. The perception that schizophrenia is stigmatized accounted for variation in both hope and self-efficacy, adding to the growing body of evidence attesting to the negative consequences of perceived stigma.