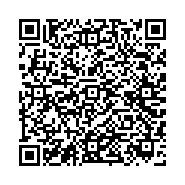 Safety and efficacy review of inhaled loxapine for treatment of agitation

Background: Clozapine remains the antipsychotic of choice for people who, having met the criteria for a diagnosis of schizophrenia or a related psychotic disorder, do not respond adequately to other antipsychotic medications. Utilization rates appear highly variable across jurisdictions, with an overall tendency toward underuse. This paper describes patterns of clozapine use in the province of Québec, Canada. Methods: Individuals with a diagnosis of schizophrenia were identified using linked government medical claims and hospitalization records for 2003 and 2004. Linked data on their filled prescriptions in 2004 were then used to determine clozapine-use rates at the level of the province, the region, and the hospital at which individuals received most of their services. Individual predictors of clozapine use were identified using logistic regression. Results: Only 6.7% of the 29,155 individuals identified with schizophrenia received clozapine for six months or longer in 2004. Utilization rates ranged from 3.9 to 9.0% among regions with 1,000 or more people with schizophrenia. Over 8% of 61 hospitals did not prescribe clozapine at all. People with schizophrenia taking clozapine experienced 3.4 fewer days of hospitalization per year than those not taking clozapine—representing a cost offset of about $1,800 per year. Medication costs were higher, however, by about $3,000 per year. Conclusions: Given the increasingly clear benefits of clozapine for people who do not respond to other antipsychotics, measures to increase access to clozapine for people who can benefit from it are likely to be cost effective and are urgently needed.