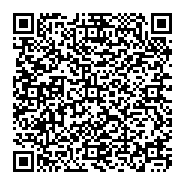 Background: Cauda equina syndrome secondary (CES) to primary sacral diffuse large B cell lymphoma (DLBCL) is an uncommon condition, and few cases have been reported in the medical literature. Our three research questions were: What is the current frequency of DLBCL presenting as CES? What is the group of age most affected? What is the most typical modality of therapy reported in the literature? How many patients presenting a primary non-Hodgkin sacral tumour are reported in the medical literature? Literature Review: We extensively searched the EMBASE, Medline, Scopus online databases, Google Scholar, Science Direct, WHO database, Scielo, LILACS, BIREME, and Cochrane library to identify articles referred to CES, DLBCL, investigations and therapy from January 1, 1995, to April 30, 2021. We found 22 publications related to these topics. The age group most affected was 40-49- years old. The most standard modality of therapy was rituximab, cyclophosphamide, doxorubicin, vincristine, and prednisolone (R-CHOP). A 24-year-old male previously well with two months history of weakness, numbness, and cramps of the lower limbs. Paresthesias more localized to the inner thighs and around the buttocks. There is no radicular pain, but local pain in the sacral region is severely aggravated on lying in the supine position, bending forward, and alleviating in a left lateral position on prone position. MRI and immunohistochemistry studies confirmed atypical large tumour cells positive for common leukocyte antigen (LCA) and CD20 (score 4+), while negative for CD138, CD30, and CD3.With swift response to methotrexate, Adriamycin, 5-fluorouracil, vincristine, and prednisolone regimen. Discussion and Conclusions: After an extensive literature review related to these topics, we did not find a reported case like our patient. We discussed the association of the Epstein-Barr virus and DLBCL tumour and hypothesized about the pathogenesis of the DLBC