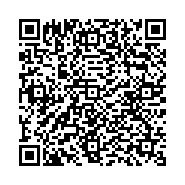 Psychosis and Dissociation in the Psychodynamic Evolution

In the following pages we will try to discuss the stratified idea about psychosis seen as disorders of the neuro-cognitive system, looking at both the etiopathogenesis and treatments. We will do so by comparing the theoretical and biographical aspects of two amongst the greatest authors of the 1900’s about psychosis: C.G. Jung and M. Klein. Once again, we will try to demonstrate that psychosis involves an extremely meaningful psychological meaning, which is crucial in any therapeutic approach in order to improve the prognosis. Following the lead of J.W. Perry, we will try to claim that psychotic disorders are particular psychotic manifestations that originate in the emotive-affective dimension of the human experience, whose neuroanatomical-functional localization can be found in specific sub-cortical regions of the brain, and that they only display the thought alterations as we know them in a phenomenic manner. Lastly, once again inspired by the comparison between Jung and Klein, we will propose a comparative diagnostic-functional hypothesis between the dissociative and the psychotic conditions.