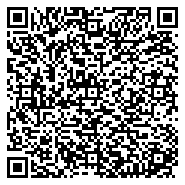 Problematic Internet Use and Fear of Missing Out (FoMO) Association among Adult Patients with Anxiety Disorders and Obsessive-Compulsive Disorder: An Exploratory Research

Background: Problematic internet use, internet addiction, and Fear of Missing Out (FoMO) levels are tremendously rising at the moment, while abundant studies reported the high prevalence of Internet Addiction among adolescents; only a few studies investigated their prevalence among adults with anxiety disorders and Obsessive Compulsive Disorder. The objective of this exploratory research was to evaluate the levels of internet addiction and FoMO among patients with anxiety disorders and obsessive-compulsive disorder and to investigate the association between internet addiction and FoMO in both disorders.