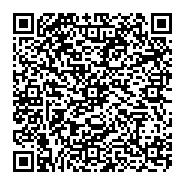 Nanosuspension is a term that can be used to describe a colloidal dispersion of nanosized droplets of the drug in an aqueous medium, with size below 1μm. Drug nanoparticles are one of the most significant methods that reduce constituent part diameter and increasing surface area, leading to improve dissolution and oral bioavailability of hydrophobic medicines, which is enhances drug dissolution rate and bioavailability. Nanoparticles produced using appropriate techniques for drug delivery applications and administered via a variety of routes including oral, topical, parenteral, ophthalmic, and pulmonary.
Overactive bladder (OAB) affects around 16% of adults and is more common as people become older. It causes a variety of symptoms, including urgency, incontinence, urine frequency, and nocturia. DH It is newly drug used to treat complicated OAB,it has a higher selectivity for the bladder's muscarinic receptors . After intravenous and immediate-release oral dose forms, it suffers from extensive first-pass metabolism with a short elimination half-life and ranging between three to four hours). The current research focused on creating an extended-release dosage form utilizing Eudragit RS100.
Solvent/anti-solvent precipitation method was used to make Darifenacine nanoparticles. A certain quantity of medication was dissolved in a water miscible solvent (methanol), then poured at a specific speed into water containing stabilizer on a magnetic stirrer for half hour, after that the resulted product sonicated at 37°C for 15 minutes. The physicochemical interaction among medication with additives was explored utilizing F.T.I.R and D.S.C, and the particle size as well as zeta potential of the generated nanosuspension was calculated.