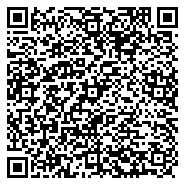 Predictors of Exercise in Individuals with Schizophrenia: A Test of the Transtheoretical Model of Behavior Change

Introduction: Mortality in individuals with schizophrenia, including deaths not attributable to accidents and suicide, is at least twice that of the general population. While increasing physical exercise could promote positive mental and physical health outcomes in individuals with schizophrenia, only one other study of the determinants of exercise within this population has been reported. Our study attempts to resolve this void in knowledge by testing the applicability of the transtheoretical model (TTM) of behavior change to predicting exercise behavior in those with schizophrenia. Methods: Forty-nine participants (42 with schizophrenia and 7 with schizoaffective disorder) from three community mental health centers in Melbourne, Australia, completed a series of questionnaires, an interview, physical health measures, and had their medical records examined. These measures were used: TTM exercise stage, TTM mediators of change, health status, health-risk behaviors, use of antipsychotic medications, psychopathology, psychiatric history, and demographic information. Variables found to be significantly correlated with exercise stage were then included in a series of regression analyses to determine their relative predictive power for exercise stage. Results: The results demonstrated that the TTM and its associated measures may be valid for integration into interventions for promoting exercise in individuals with schizophrenia, despite high levels of psychopathology symptoms. Conclusions: Routine clinical practice should promote exercise in people with schizophrenia and the TTM may be of benefit to this end. Strategies that promote exercise when self-perceived poor health is seen as a significant barrier are particularly important, as is the reduction of caffeine consumption and other health-adverse behaviors.