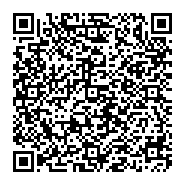 Introduction: Bipolar Mood Disorder (BMD) is a debilitating psychiatric illness with features of mania, hypomania, and depressive episodes. The correlation between some features of major depressive episodes and change of diagnosis to BMI has been investigated in previous studies. Thus, this study aimed to evaluate predictive factors of BMD in hospitalized patients with Major Depressive Disorder (MDD).

Materials and methods: In this retrospective descriptive study, medical files of all patients admitted to Ibn-e-Sina Hospital in Bandar Abbas with an MDD diagnosis between 2011 and 2015 were evaluated. Inclusion criteria were at least one readmission, at least a 3-month interval between 1st and 2nd admissions and at least a 3-year follow-up in patients without change of diagnosis. Patients' information including age at first admission, gender, marital status, education, drug abuse, family history of mood disorders, suicidal thoughts, psychotic symptoms, atypical depressive symptoms during depressive episodes, age at the change of diagnosis to BMD, time to change of diagnosis, the total number of admissions, admissions with MDD and an average number of admissions per year were recorded in a checklist. The acquired data were then entered into the SPSS software for statistical analysis and appropriate statistical tests such as chi-square and Fisher's exact test were used to analyze the data.

Conclusion: A typical and psychotic symptoms during depressive episodes, lack of drug abuse, and higher hospital admissions with MDD can predict the change of diagnosis to BMD in patients with MDD.