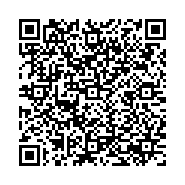 The objective of this research was to establish the differences in postural control between people with and without schizophrenia. A retrospective cohort study was conducted with 41 people in both the control group (healthy) and those exposed (people with primary schizophrenia over 36 months of evolution). Postural control was assessed using Tinnetti balance test, sensory organization test, timed get up and go, 10-meter walk test, functional reach test, 360 degree turn test, sit-to-stand test performance, hand grip strength and bank of Wells test performance. Comparison of inter-sample means, and risk analysis was performed. Statistically significant differences were found between the means of all the variables studied for postural control (p<0.050). In all cases the performance was better in the group of healthy people and the individual risk was higher in the group of people with schizophrenia. Having schizophrenia is a risk factor for postural control alterations, specifically in balance, sensory orientation, speed and stability during gait, antigravity postural control, hand grip strength and elasticity of the posterior muscle chain.