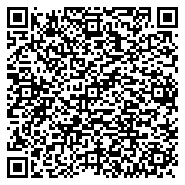 Deficits in Theory of Mind (ToM) have been demonstrated in schizophrenia. The present study explored the relationship between ToM deficits, poor premorbid adjustment, and executive dysfunction in a sample of fifty-eight stabilized schizophrenic outpatients in contrast to a normative control group. Ordinal regression analysis revealed an association between deficits in both first- and second-order ToM tasks and poor social premorbid adjustment. In addition, deficits in first-order tasks showed an association with a low performance on the Trail Making Test B, while deficits in second-order tasks were related to male gender, a low performance on Block Design, and clozapine treatment. The R-square values amounted to 0.300 and 0.657, respectively. Years of illness evolution, the symptoms on the PANSS scale and Diagnostic and Statistical Manual of Mental Disorders, Fourth Edition (DSM-IV) diagnostic subtype were not significantly associated with first- or second-order ToM tasks. Results of this study define a homogeneous phenotypic subgroup of schizophrenia patients, characterized by poor prognostic outcome factors, together with deficits in ToM and dysfunctional executive capacities with a visuo-perceptual component. These deficits could explain social functioning impairment in patients’ daily routine.