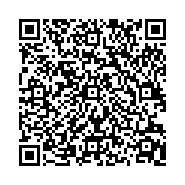 Patterns of Domestic Violence among Scholarship Students in the United States

This study explored the demographic, family and educational variables of scholarship students’ families and the patterns of domestic violence the scholarship student is exposed to (verbal, social, sexual, physical, financial, and emotional). It also explored effects of domestic violence in the families of scholarship students in general and causes of violence among spouses on scholarships. To collect the required data, the Domestic Violence Inventory was administered to a sample of Saudi male and female scholarship students (N=351) in the United States. The descriptive analytical method was used. The results revealed that the majority of the participants were females (67.2%), and from the 30-40 age category (58.4%). It was found that (33.3%) of them got married through their friends. It was also found that 54.7 of them were Master students, 50.4% from scientific colleges and 43.0% chose the spouse as the other party to accompany in the scholarship. The general average for the effect of verbal, social, sexual, physical, financial, and emotional domestic violence were 3.20, 2.87, 2.32, 3.04, 2.89 and 2.94 respectively, all indicating a neutral degree of agreement. The results also showed that 87.4% of the participants believed men are more inclined to violence, 35% agreed that violence within the family leads to the feeling of insecurity, and 83.8% agreed that violence within the family shows man’s authority.