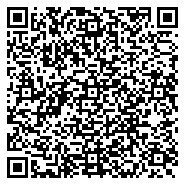 Number Needed to Treat (NNT) and Number Needed to Harm (NNH) in Randomized, Blinded Trials Comparing Olanzapine to Other Atypical Antipsychotics for Treatment of Schizophrenia

Objective: All-cause discontinuation is considered a proxy for a medication’s effectiveness. We examined the number needed to treat (NNT) to avoid all-cause medication discontinuation in head-to-head clinical trials of olanzapine versus other atypical antipsychotics. Methods: This was a post hoc analysis of five randomized trials of olanzapine versus risperidone (n=2), ziprasidone (n=2) and quetiapine (n=1) for treatment of patients with schizophrenia. All trials were of at least six months’ duration. The NNT or number needed to harm (NNH) was determined for all-cause discontinuation and other efficacy and safety parameters. NNT and NNH are calculated as the reciprocal of attributable risk. Desirable treatments are characterized as having low NNTs and relatively high NNHs. These measures are useful for ranking treatments when the same outcome measure is assessed over the same amount of time in similar patients. In this analysis, positive values indicated the superiority of olanzapine and negative values indicated the superiority of the comparator treatment. Results: Statistically significant NNTs (95% confidence intervals) to avoid all-cause medication discontinuation were 6 (4, 12) and 7 (5, 19) for olanzapine versus ziprasidone; and 7 (4, 22) for olanzapine versus quetiapine. The NNHs indicated greater likelihood of weight gain with olanzapine versus all comparators except quetiapine. Statistically significant NNHs indicated greater likelihood of weight gain with olanzapine in one of the risperidone studies (-7 [-16, -4]) and both studies in which olanzapine was compared to ziprasidone (-4 [-5, -3] and -5 [-7, -4]). Conclusions: In this post hoc analysis of five studies in which olanzapine was compared to other atypical antipsychotics using the evidence-based medicine tools of NNT and NNH, olanzapine was superior to ziprasidone and quetiapine for prevention of treatment discontinuation for any cause. Ziprasidone was least associated with potentially clinically significant weight gain, followed by risperidone, with olanzapine and quetiapine ranked last.