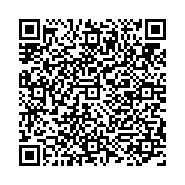 Neuroleptic Medications Side Effects among Patients with Schizophrenia

Schizophrenia is a chronic psychiatric disorder and the most common prevalent among clients in community mental health centers. Neuroleptic medication (antipsychotic) is drug use to reduce psychotic symptoms such as hallucinations and delusions. But these drugs have numerous adverse effects there are two kinds of Neuroleptic medication (antipsychotic); typical and atypical, antipsychotics. Parkinsonism is commonly side effect of this medication drug-induced Parkinsonism. This refer to that the difference of activation of excitatory in basal ganglia. Dopamine usually has an excitatory influence on the direct pathway via D1 receptors to facilitate cortically initiated actions and an inhibitory influence on the indirect pathway via D2 receptors, which generally delays voluntary movement through thalamic inhibition. Anticholinergic medications such as procyclidine are effective for the relief of Parkinsonism side effects. Analytical design was conducted from 12 April to 20 July 2020 to assessment side effects of antipsychotics. Non-probability (purposive) sample of 50 schizophrenic patients who were diagnosed by psychiatrist with schizophrenia. So they receive medication for more than one year. Sample was selected from Al-Diwanyia Teaching Hospital psychiatric department. Data were collected by sing a un-structured interview with their family. Results of study reveal that the majority (40%) of the study sample were at age of (46-55) year’s old. more than half (56.6%) of the patients they were used use of Procyclidine for treatment of Extrapyramidal side effects.