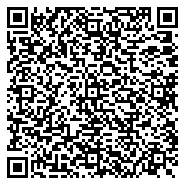 Over 200 of different types of Human Papilloma Virus (HPV) have been described high oncogenic HPV16 and HPV18 also have been related to subsets of Head and Neck Squamous Cell Carcinoma (HNSCC) and laryngeal lesions. It's been reported that elevated levels of E6 and E7 expressions of hrHPV genotypes as well as tumor suppressor genes expression might have a role in pathogenesis and tumor genesis. The aim of this study is to detect the nuclear co-localization of high risk oncogenes HPV16 and HPV18(E6)/(E7)proteins expressions with over expression tumor suppressor gene Rb protein in patients with different types of laryngeal lesions. A retrospective study hypothesis, one hundred and 57 Formalin-Fixed, Paraffin-Embedded (FFPE) specimens were collected. Molecular detection and genotyping of high risk HPV 16 and 18 genotypes were conducted by Chromogenic Insituhybridization (CISH).The results of present study showed the highest mean value of age was in laryngeal malignant groups (56.91 ± 17.12), while the lowest mean age was at control groups (27.25 ± 12.15). The mean age of male (43.43 ± 19.91) was more than the mean age of female (39.68 ± 19.25).The present study results and according to high risk oncogenes (E6) and (E7) expression of HPV16 and HPV18 as well as Rb expression suggest that high oncogenic HPV pointed that high oncogenic HPV genotypes could have a possible role in laryngeal pathogenesis and early steps of benign and malignant tumor genesis as well as carcinogenesis of larynx.