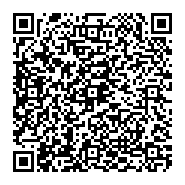 Background: The development of motor functions in children with cerebral palsy is the outcome of several interacting and relating factors, including types of interventions (medical, physical, or surgical), child characteristics, and socializing agents.

Aim of the study: To evaluate the effect of childhood socioeconomic status on the development of gross motor function after physical therapy intervention in children with spastic cerebral palsy

Conclusion: The socioeconomic status may enhance the gross motor functions in children with mild and moderate spastic cerebral palsy after physical therapy interventions